This spring, The Asia Society presents Season of Japan, a celebration of Japanese culture held in conjunction with the exhibition Kamakura: Realism and Spirituality in the Sculpture of Japan, on view at Asia Society Museum in New York from February 9 to May 8, 2016.

With over thirty rare masterpieces from the Kamkura period (1185–1333) from private and museum collections in North America and Europe, “Kamakura: Realism and Spirituality in the Sculpture of Japan” is the first exhibition to look beyond the aesthetics and technical achievements of these remarkable sculptures, and specifically examine the relationship between realism and the sacred empowerment of these objects. The exhibition explores how sculptures are “brought to life” or “enlivened” by the spiritual connection between exterior form, interior contents, and devotional practice, reflecting the complexity and pluralism of the period. “Kamakura: Realism and Spirituality in the Sculpture of Japan” marks the first major loan show of Kamakura sculpture in the United States in more than thirty years.

The exhibition also coincides with the 60th anniversary year of Asia Society, which was founded in 1956 by John D. Rockefeller 3rd. The Museum is known for its Mr. and Mrs. John D. Rockefeller 3rd Collection of traditional Asian artworks, which was formed in earnest after the establishment of Asia Society in 1956. With the guidance of the noted scholar of Asian art Sherman Lee, John D. Rockefeller 3rd and Blanchette Hooker Rockefeller chose classical masterpieces of Asian art rather than building a historical survey. Although the collection comprises approximately 300 objects, it is nevertheless regarded as one of the most notable collections of Asian art in the United States. It includes objects from diverse nations such as Bangladesh, Cambodia, China, India, Indonesia, Japan, Korea, Myanmar, Nepal, Pakistan, Thailand, and Vietnam that date from the eleventh century BCE to the nineteenth century CE. It has particular strengths in Chinese ceramics of the Song and Ming periods, Chola-period Indian bronzes, and Southeast Asian sculptures. 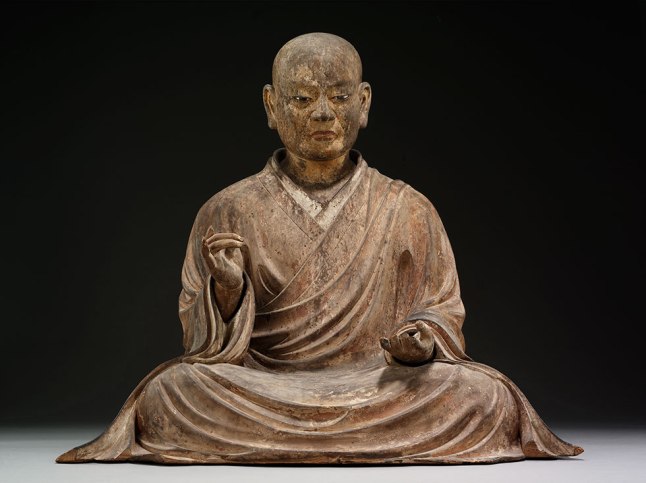 The collection was a promised gift to the Society and served as a primary impetus for the building of the Society’s headquarters at 725 Park Avenue, which opened to the public in 1981. The artworks were given to Asia Society upon the death of Mr. Rockefeller in 1978, and the collection now encompasses the original gift plus a number of objects bequeathed from the estate of Blanchette Hooker Rockefeller and subsequent acquisitions.

In the early 1990s, Asia Society Museum became one of the first American museums to establish a program of contemporary Asian art. A recognized leader in identifying and fostering contemporary Asian and Asian American artists, the Museum announced the establishment of a Contemporary Art Collection in 2007, launched with a gift of twenty-eight works of video and new media art. The collection aims to represent the rapidly evolving field of contemporary art across Asia. The first phase of the collecting program is focused on video, animation, and new media works of art. In addition, Asia Society Museum was the first U.S. museum to organize solo shows of the now widely recognized artists Montien Boonma, Cai Guo-Qiang, Dinh Q. Lê, Yuken Teruya, Lin Tianmiao, and Zhang Huan.

“John D. Rockefeller 3rd’s first trip to Asia was to Japan, and he, like countless others, fell in love with the country. Later in life, he and his wife came to see Japan as a second home,” said Josette Sheeran, President and CEO of Asia Society. “It is fitting that in the year of our 60th anniversary, Asia Society is celebrating Japan and its dynamic culture.”

Following is a list of confirmed programs and events. All events, unless indicated, take place at Asia Society in New York, 725 Park Avenue (at 70th Street). Find out more about upcoming programs, including information about registration and ticket purchase, at AsiaSociety.org/SeasonofJapan.

Guest curator Ive Covaci gives members an inside look at Kamakura: Realism and Spirituality in the Sculpture of Japan. Covaci is a lecturer in Art History at Fairfield University.

A night of fun and culture at a Japanese-themed happy hour. Free museum tours of Kamakura: Realism and Spirituality in the Sculpture of Japan, music, specialty cocktails, shopping at AsiaStore, and origami demonstrations.

This interdisciplinary symposium will gather leading scholars of Kamakura period art, religion, and literature. On the eve of the symposium, Mimi Yiengpruksawan of Yale University will deliver a keynote address at Asia Society.

A rare opportunity to experience traditional Japanese theater in New York. Master performers of Noh and Kyogen will explain the form’s essentials: the stage, dance, music, costume, masks, and props. The evening includes a talk (in Japanese with English translation), a demonstration by the artists, and Q&A. Presented in conjunction with An Evening of Japanese Traditional Theatre, taking place on March 1 at Carnegie Hall.

Japanese cinema has produced some of the most admired films that continue to enrich the world cinema discourse. The Asia Society and the Japan Foundation will screen rare 35mm prints of masterpieces by such greats as Akira Kurosawa, Kenji Mizoguchi, and Kaneto Shindo from the Foundation’s Film Library.

The Great East Japan Earthquake on March 11, 2011 and the ensuing tsunami and nuclear accident brought unprecedented trauma and challenges for residents of northern Japan. Four nearly four years, a unique outreach program has connected New Yorkers with profound experiences of 9-11 to the people of Tohoku, Japan. Small groups of people from New York and Tohoku have traveled back and forth in a healing exchange that has yielded life-changing results. This special event features representatives from New York and Tohoku, a short documentary film, and a conversation

about the power of human connection and healing.

Recycling: Washi Tales, which will be staged at Asia Society on March 24 and 25, uses live performance to enliven the human stories contained in sheet of “washi,” Japanese handmade paper, as it is recycled through time. (Valerie Oliveiro)

Recycling: Washi Tales uses live performance to enliven human stories contained in sheet of washi, Japanese handmade paper, as it is recycled through time. Four tales of paper making from different periods of Japanese history unfold on stage with an extraordinary ensemble of performers and musicians, in a world created by distinguished paper artist, Kyoko Ibe.

The Japan/America Writers’ Dialogue is an annual conversation between contemporary Japanese and American authors. Curated and moderated by the co-founders and editors of the Tokyo-based literary journal Monkey Business, the program features writers published in the journal’s latest edition. Co-presented by Asia Society and Japan Foundation, and held in conjunction with the annual PEN World Voices Festival.

The Asia Society celebrates the diversity and dynamism of Asian Americans in New York City with a free night of fun and culture. Featuring free museum tours, live music, Japanese food, and more.

This festival of short films by Japanese and Japanese American filmmakers shines a spotlight on young talents. Encompassing documentary, animation, live action, and experimental shorts, the festival focuses on the independent filmmakers who committed to making their full potential to express their voice and vision to the world.

The Kamakura period (1185-1333) is considered a pinnacle of Japanese artistic expression, often described as a renaissance in Buddhist art. The exhibition catalogue by Ive Covaci is the first in over two decades to examine the exquisite sculpture of this period, artwork characterized by an intense corporeal presence, naturalistic proportions, a sense of movement, realistic drapery, and lifelike facial expressions animated by eyes made of inlaid crystal. The sculptures played an important role in the practice of Buddhism during these years, as the vivid representations facilitated an immediate communion between deity and worshipper. The custom of placing sacred relics, texts, and even miniature icons into the sculptures’ hollow interiors further enlivened the works and invested them with spiritual significance. Essays by noted scholars explore the sculptures’ arresting exteriors and powerful interiors, examining the technical and stylistic innovations that made them possible, and offering new context for their ritual and devotional uses. They demonstrate that the physical beauty and technical brilliance of Kamakura statues are profoundly associated with their spiritual dimension and devotional functions.