All Images by Timothy Greenfield-Sanders and provided by American Masters 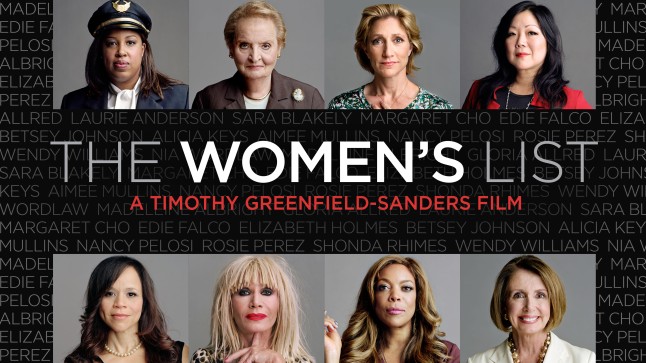 American Masters: The Women’s List focuses on these individuals’ exceptional achievements, struggles and identities. All trailblazers in their respective fields, these women share their experiences struggling against discrimination and overcoming challenges to make their voices heard and their influence felt. Toni Morrison opens the film with a reading of an introduction she wrote specifically for The Women’s List.

Madeleine Albright, U.S. Secretary of State, 1997-2001: “Leaders are made by the situations they are involved in. I think that some rise to the occasion and some do not.”***

Madeleine Albright was the first woman to serve as the United States’ Secretary of State. Born in Czechoslovakia, Albright and her family emigrated to the U.S. through Ellis Island when she was 11 years old. Albright served, under President Clinton, as Secretary of State from 1997 – 2001. At the time of her appointment, she became the highest-ranking woman to have served in the U.S. government.

Gloria Allred, Lawyer: “A feminist is simply a person who believes in legal, social, political and economic equality for women with men.”***

Gloria Allred is a leading women’s rights lawyer. Her firm handles more women’s rights cases than any other private firm in the nation and has won hundreds of millions of dollars for victims.

Sara Blakely, Entrepreneur: “Spanx really came from my own butt. I did not like the way it looked in pants.”***

Sara Blakely is an American businessperson and founder of Spanx, a hosiery company based in Atlanta, Georgia. In 2012, Blakely was named in Time magazine’s annual “Time 100” list of the 100 most influential people in the world. As of 2014, she is listed as the 93rd most powerful woman in the world by Forbes. 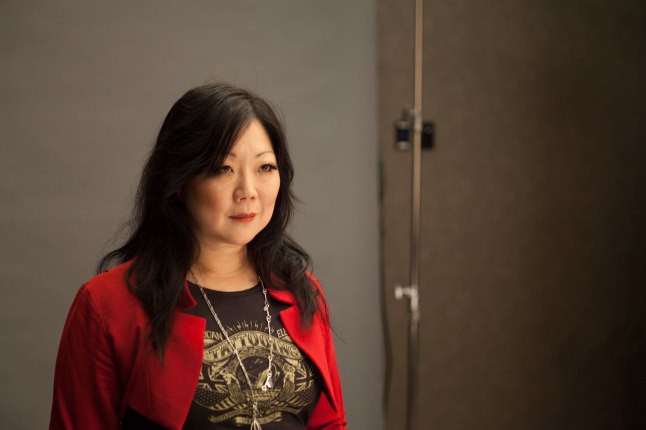 Margaret Cho, Comedian: “When I was 14, I told my mother I was going to drop out of high school and go do stand-up comedy. All she said was ‘Oh maybe it’s better if you just die,’ because it was killing her that I was doing this.”***

Margaret Cho is an American comedian, fashion designer, actress, author and singer-songwriter. Cho is best known for her stand-up routines, through which she critiques social and political problems, especially those pertaining to race and sexuality.

Edie Falco is an Emmy®-winning actress who won acclaim for her roles on the television series The Sopranos and Nurse Jackie. A mother of two children, Falco has appeared on Broadway, in feature films and on television throughout her career.

Elizabeth Holmes, Scientist and Entrepreneur: “I believe in the unlimited power of women in the context of science and engineering.”***

Elizabeth Holmes is an American entrepreneur. She is the CEO of Theranos, a blood test company, which she founded in 2003 at age 19 while she was a chemical engineering major at Stanford University. She is the world’s youngest self-made female billionaire to date.

Betsey Johnson, Fashion Designer: “[In the 1960s]…you could take LSD but you couldn’t wear a pantsuit.”***

Betsey Johnson is an award-winning fashion designer known for her whimsical and feminine designs. Johnson started her career in New York City in the 60s and was part of Andy Warhol’s underground scene that included the Velvet Underground, Edie Sedgwick and Lou Reed. In 2012, Johnson celebrated 40 years of her namesake brand.

Alicia Keys is a 15-time Grammy® Award-winning singer/songwriter/producer, an accomplished actress, a New York Times best-selling author, an entrepreneur and a powerful force in the world of philanthropy and in the global fight against HIV and AIDS.

Aimee Mullins, Athlete and Fashion Model: “It’s an objective fact that I am a double amputee, but it’s very subjective opinion as to whether that makes me disabled.”***

Aimee Mullins is an athlete, actress and fashion model, who first became famous for her athletic accomplishments. She was born with a medical condition that resulted in the amputation of both of her lower legs and has become one of the most prominent thinkers on the topic of prosthetic innovation.

Nancy Pelosi, Politician: “When I was growing up in the 50s it wasn’t quite the same. Fathers were more protective and now they see all of the possibilities for their daughters.”***

Nancy Pelosi is the Minority Leader of the United States House of Representatives and served as the 60th Speaker of the House from 2007 to 2011. She is the only woman to have served as the House Speaker and to date is the highest-ranking female politician in American history. 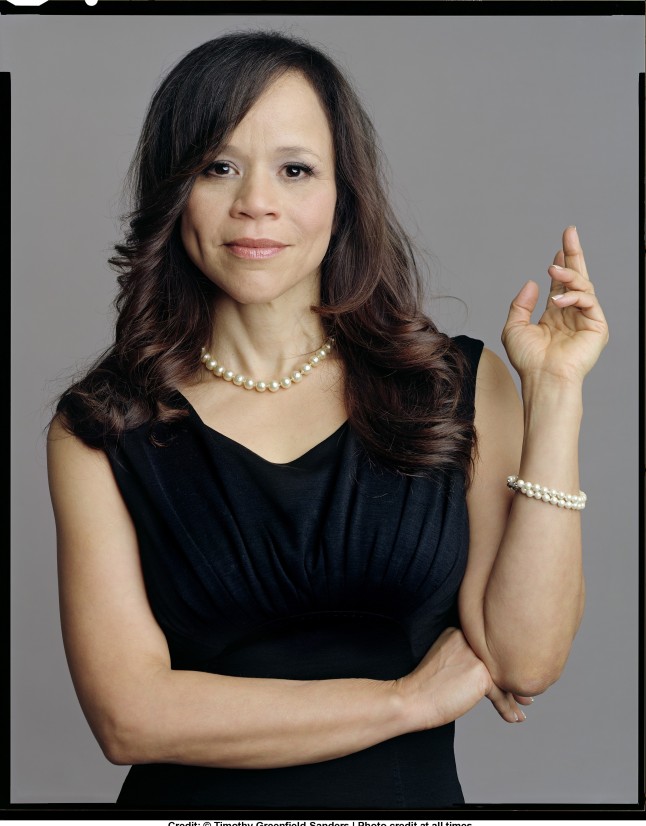 Rosie Perez is an Oscar-nominated actress who starred in such films as White Men Can’t Jump, Fearless and Do the Right Thing. Perez started her performance career as a dancer and went on to choreograph music videos and the television series In Living Color. An activist who raises awareness for many causes, Perez has acted on stage, on television and in feature films.

Shonda Rhimes is a screenwriter, director and producer. Rhimes is best known as the creator, head writer, executive producer and showrunner of the medical drama television series Grey’s Anatomy, its spin-off Private Practice and political thriller series Scandal. Rhimes also serves as executive producer for legal series How to Get Away with Murder. In May 2007, Rhimes was named one of TIME magazine’s 100 people who help shape the world.

Wendy Williams, Talk Show Host: “Being tall and big was probably more painful than being black.”*** 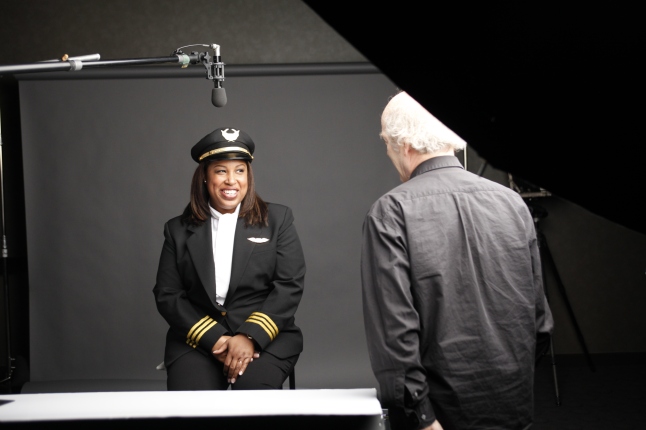 Nia Wordlaw is an African-American airline pilot and one of the few women flying for a major airline in the U.S. today.

“As a lifelong feminist, I’m proud to have made The Women’s List and excited to have another one of my films join the American Masters library,” said Greenfield-Sanders. 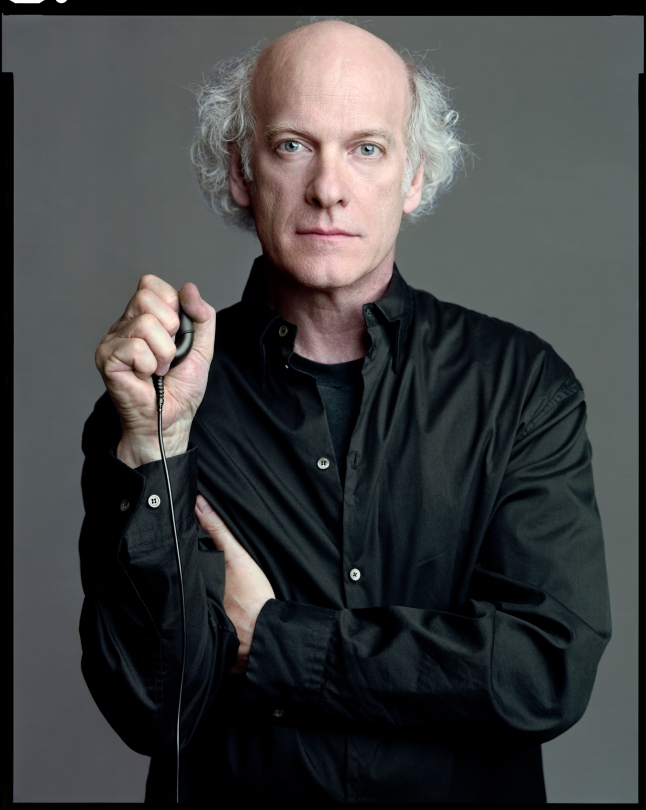 His portraits can be found in numerous museum collections, including The Museum of Modern Art, The Whitney Museum of American Art, and the Museum of Fine Arts, Houston. In 2012, he exhibited all 50 portraits from The Black List series at the National Portrait Gallery in Washington, D.C.

Greenfield-Sanders has produced and directed 10 feature documentaries to date. He won a Grammy Award for his 1998 film American Masters — Lou Reed: Rock and Roll Heart and a NAACP Spirit Award in 2009 for The Black List: Volume 1.

“As with The Boomer List, Timothy has chosen an inspiring mix of talented voices,” said Michael Kantor, executive producer of American Masters. “Brought together, these 15 stories of different modern masters make for a profoundly moving film.” 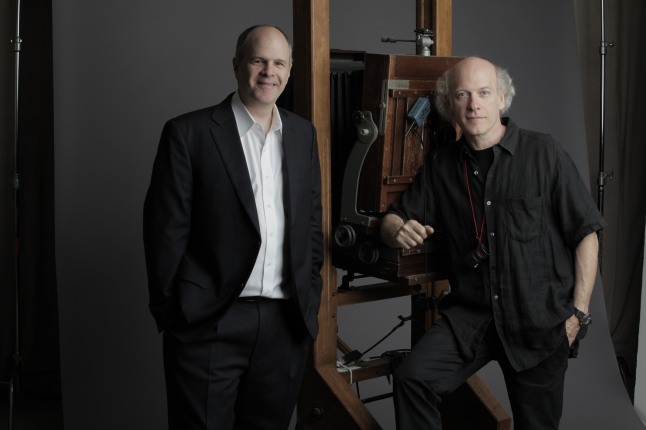 His most recent PBS documentary series, Superheroes: A Never-Ending Battle, hosted by Liev Schreiber, premiered in fall 2013 and was nominated for an Emmy Award. Random House published the companion book. In January 2013, Kantor’s Peabody Award-winning film, Broadway Musicals: A Jewish Legacy, aired as part of the Great Performances series on PBS. Narrated by Joel Grey, it included performances by Matthew Broderick, Kelli O’Hara, David Hyde Pierce, Marc Shaiman and many other Broadway talents. In 2012, Kantor produced The Thomashefskys: Music and Memories of a Life in the Yiddish Theater with Michael Tilson Thomas, which aired on PBS and was nominated for a Primetime Emmy. Kantor served as executive producer of the special Give Me the Banjo, hosted by Steve Martin, and created Make ‘Em Laugh: The Funny Business of America, the critically acclaimed six-part documentary series, hosted by Billy Crystal, that debuted in January 2009. His script for episode four, When I’m Bad, I’m Better: The Groundbreakers, co-authored with Laurence Maslon, was nominated for a Primetime Emmy Award. His landmark six-part series Broadway: The American Musical was hosted by Julie Andrews and honored with the Primetime Emmy Award for Outstanding Nonfiction Series in 2005. That same year, he created three hours of DVD extras for 20th Century Fox’s 40th anniversary release of The Sound of Music.

Kantor wrote, directed and produced the award-winning profile American Masters: Quincy Jones: In the Pocket. With Stephen Ives, he co-directed Cornerstone: An Interstate Adventure for HBO, and produced The West (executive producer Ken Burns). His 20 years of work in documentaries include projects as varied as EGG: the arts show, Coney Island, The Donner Party, Margaret Sanger and Ric Burns’ New York series. As a writer, Kantor created Lullaby of Broadway: Opening Night on 42nd Street, co-authored the companion books to Broadway (Bulfinch) and Make ‘Em Laugh (Grand Central Publishing) and has published numerous essays and articles. He is president of Almo Inc., a company that distributes The American Film Theatre series, which includes Edward Albee’s A Delicate Balance (starring Katharine Hepburn), Eugene O’Neill’s The Iceman Cometh (Lee Marvin) and Chekhov’s Three Sisters (Laurence Olivier) among its titles. Kantor has served as a Tony nominator and teaches documentary filmmaking at the School for Visual Arts in New York City.

Launched in 1986, American Masters has earned 28 Emmy Awards — including 10 for Outstanding Non-Fiction Series since 1999 and five for Outstanding Non-Fiction Special — 12 Peabodys, an Oscar, three Grammys, two Producers Guild Awards and many other honors. Now in its 29th season on PBS, the series is a production of THIRTEEN PRODUCTIONS LLC for WNET and also seen on the WORLD channel.