(In his statement Commissioner Silver said, “The New York City AIDS Memorial Park at St. Vincent’s Triangle stands at the crossroads of the richly historical West Village. Here, we honor and celebrate St. Vincent’s Hospital’s more than 150 years of service to our city, as well as the countless New Yorkers impacted by AIDS: those we have lost, those who live with H.I.V./AIDS, and those who continue to battle against fear and ignorance.”) 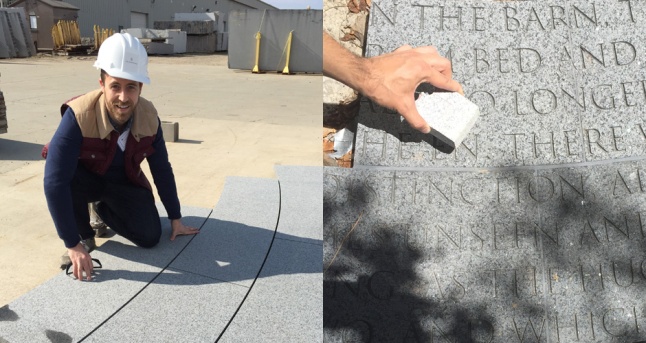 “I am thrilled by the announcement of the naming of the New York City AIDS Memorial Park at St Vincent’s Triangle, in the center of the community that provided loving care and support to my friends as they died of AIDS and lead the response out of the shadows of stigma, death and despair – into the light of hope, effective treatment and an eventual return to a more normal life. The memorial park pays tribute to our brothers and sisters who died of this plague,” adds Eric Sawyer, founding member of ACT UP and co-founder of Housing Works Inc. and Civil Society Partnership Advisor UNAIDS

The Memorial project was launched in 2011 by urban planners Christopher Tepper and Paul Kelterborn to recognize and preserve the history of the AIDS crisis through the creation of a Memorial to honor New York City’s 100,000+ men, women and children who have died from AIDS, and to commemorate and celebrate the efforts of the caregivers and activists who responded heroically to the crisis. Their efforts evolved into the New York City AIDS Memorial organization.

Steel columns for the monument’s 18-foot white canopy sculpture, fabricated in Argentina, are now being assembled onsite. Stone fabricators in Cold Spring, Minnesota are currently engraving the Memorial’s granite pavers, designed by world-renowned visual artist Jenny Holzer, with selections from Walt Whitman‘s Song of Myself. The Memorial also includes a central granite water feature and benches and will serve as the gateway to a new park.

“We are excited to see onsite installation beginning on the New York City AIDS Memorial,” said Keith Fox, President of the Memorial organization’s Board of Directors. “After years of working with the community, local elected officials and other stakeholders to approve a design and raise funds for construction, we are extremely grateful to finally see onsite installation beginning. New York City has come so far in its fight against HIV and AIDS. We are proud to remember the 100,000+ New Yorkers who have died from AIDS and offer the community a place to remember, reflect and learn. Along with the neighboring Stonewall National Monument, this is a proud moment for LGBT historic preservation.”

Tepper and Kelterborn, two urban planners who have never known a world without AIDS, launched the grassroots campaign to create the Memorial in 2011. Nearly 500 architects worldwide submitted designs for the Memorial during an ideas competition held in late 2011, sponsored by Architectural Record and Architizer and displayed at the AIA’s Center for Architecture. The jury, chaired by Michael Arad, designer of the National September 11th Memorial, selected a winning design by Brooklyn-based architectural firm Studio AI.