Verve is proud to celebrate the holidays with two heartwarming Christmas releases – Joyful Jazz! Christmas with Verve, Vol. 1: The Vocalists, and Joyful Jazz! Christmas with Verve, Vol. 2: The Instrumentals, as part of their 60th Anniversary. Both releases, which feature tracks across five decades from some of the finest vocalists and instrumentalists from Universal Music‘s family of labels including Verve, Blue Note, Impulse!, Decca, GRP, Cadet, Argo, and more, will be available separately on CD and digitally. 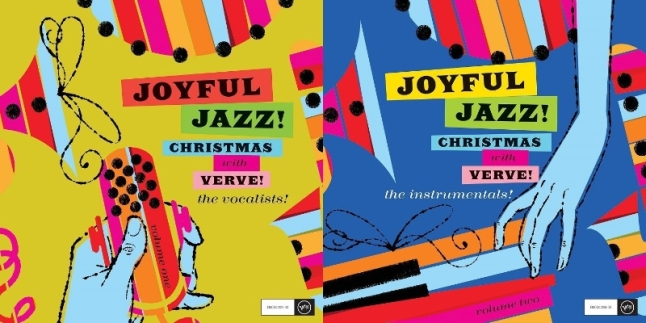 The instrumental tunes are just as entrenched in these traditions – it seems like every classic holiday film features a family gathering with a loved one at the piano playing Christmas standards. Here, The Instrumentals portray exciting takes on songs like “Silver Bells” from Kevin Eubanks, “Frosty The Snowman” as interpreted by Roy Hargrove and Christian McBride, “Santa Claus Is Coming To Town” performed by the Bill Evans Trio, Stanley Jordan‘s version of “Silent Night” and Kenny Burrell‘s take on “The Little Drummer Boy.” END_OF_DOCUMENT_TOKEN_TO_BE_REPLACED

“You either have to be first, best or different.“ – Loretta Lynn 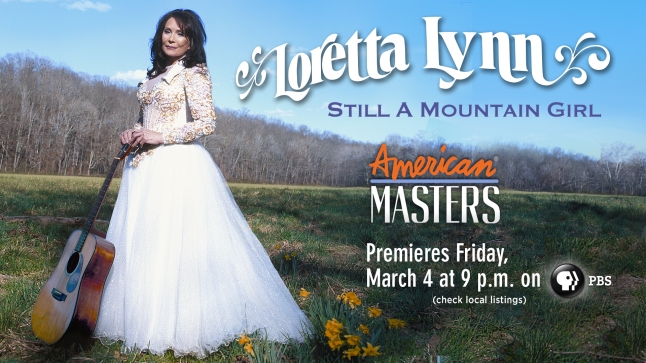 Inducted into more music Halls of Fame than any female recording artist to date, Loretta Lynn (b. April 14, 1932) has earned four Grammy Awards, Kennedy Center Honors and a Presidential Medal of Freedom, and sold more than 45 million records worldwide. Still going strong after more than 50 years, “The Queen of Country Music” is now the subject of the new documentary American Masters – Loretta Lynn: Still a Mountain Girl, premiering Friday, March 4 at 9 p.m. on PBS (check local listings) during Women’s History Month as part of the 30th anniversary season of THIRTEEN‘s American Masters series. The world premiere broadcast is the same day as the release of Lynn’s first new studio album in over 10 years, Full Circle (Legacy Recordings).

“You couldn’t make up a better example of the American Dream than Loretta Lynn’s astonishing rags-to-riches story. Her 48-year marriage to Doo and their rare partnership is also one of the great love stories of our times,” said executive producer Elliott Halpern of Yap Films Inc.

With unprecedented access to Lynn, her family and archives, Still a Mountain Girl features never-before-seen home movies, performances and photos, as well as insightful interviews with her friends and fellow musicians, including Jack White (producer of Lynn’s Grammy-winning album Van Lear Rose), Sheryl Crow, Willie Nelson, Garth Brooks, Trisha Yearwood, Reba McEntire, Miranda Lambert and Bill Anderson. The documentary also features never-before-seen footage of Lynn in the studio with producer John Carter Cash, as she records Full Circle and other new songs at the Cash Cabin Studio in Hendersonville, Tenn. Filming with Lynn, her family and business team also took place at her ranch and other locations in Hurricane Mills, Tenn., the community she formed as a re-creation of her Appalachia birthplace, Butcher Hollow, Ky., where she was raised in poverty. Other interviews include Sissy Spacek, who starred as Lynn in the Oscar-winning biographical film of her life, Coal Miner’s Daughter (based on Lynn’s 1976 autobiography), and its director Michael Apted. 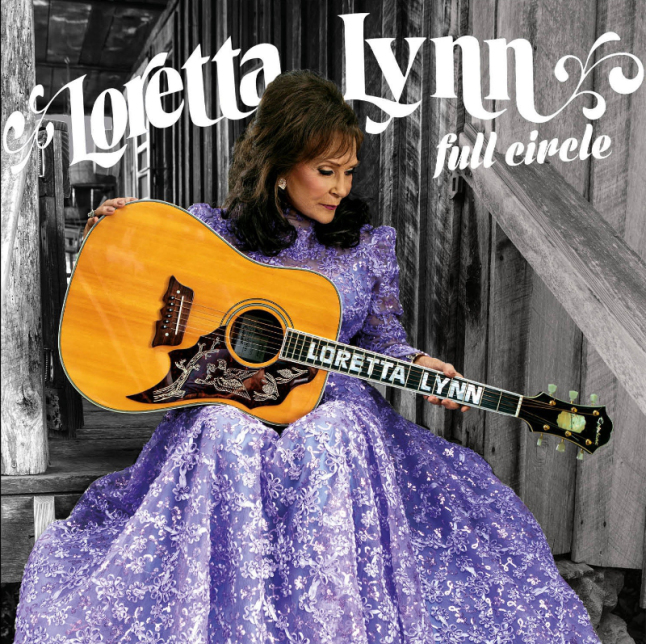 American Masters – Loretta Lynn: Still a Mountain Girl explores Lynn’s hard-fought road to stardom, her struggles to balance her marriage to Oliver “Doolittle” Lynn and six children with her music career, her friendships and collaborations with Spacek, Patsy Cline, Conway Twitty, Johnny Cash, June Carter Cash and music producer Owen Bradley, along with her life on the road, her Nashville and Hurricane Mills communities, her songwriting inspirations and her music’s lasting impact on her peers and fans.

“You don’t have to know country music to love Loretta Lynn,” said Michael Kantor, executive producer of American Masters. “Somehow the Lynn family makes you feel like there is a little country in all of us.“ END_OF_DOCUMENT_TOKEN_TO_BE_REPLACED 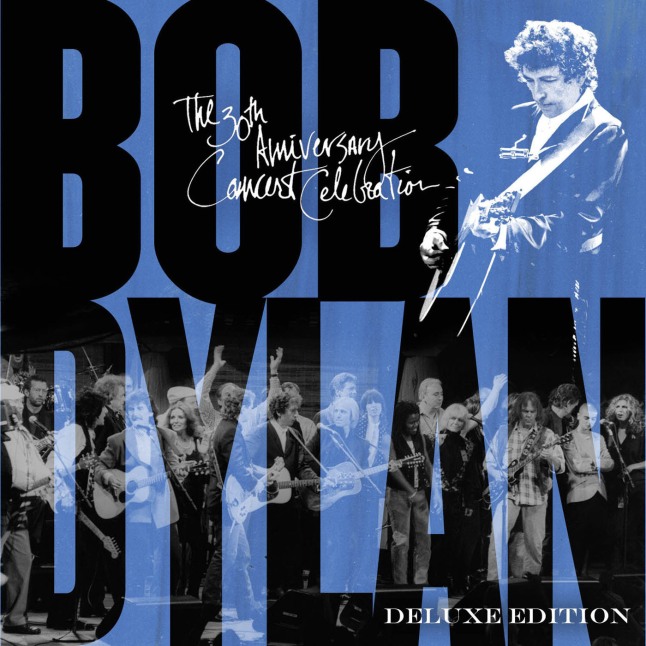 On October 16, 1992, New York City’s hottest concert ticket was the live gathering of musical giants, legends and archetypes who’d come to Madison Square Garden to celebrate the 30th anniversary of Bob Dylan’s first Columbia Records album and play a selection of Dylan songs–from culturally iconic (John Mellencamp’s no-nonsense “Like A Rolling Stone”) to bootleg obscure (Lou Reed’s acerbic take on “Foot of Pride”)–that had moved and inspired them over the decades.

Dubbed “Bobfest” on stage by a jubilant Neil Young, the 30th Anniversary Concert Celebration reached a transcendent crescendo with an unforgettable performance and all-star jam featuring the evening’s honoree. Viewed anew from a 20-year perspective, Bob Dylan – The 30th Anniversary Concert Celebration – Deluxe Edition is a remarkable testament to the enduring legacy and ongoing musical influence of Bob Dylan. That valedictory gathering from more than 20 years ago proved to be a mid-career retrospective of a recording artist and performer who continues to inform and transform the cultural landscape. 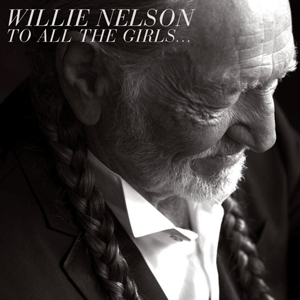 Melonie Cannon and Paula Nelson— was recorded mainly in Nashville. The artist’s second new album release in his 80th birthday year, To All The Girls… is the third new Willie Nelson album since his historic deal with Legacy Recordings was announced in February 2012.

2013 is a banner year for the pop country patriarch who, in addition to releasing three essential new albums in 16 months, penned a rollicking memoir, “Roll Me Up and Smoke Me When I Die – Musings from the Road” (published by HarperCollins in May 2012) which hit the New York Times bestselling non-fiction list.

To All The Girls… celebrates n Nelson’s 80th birthday year with a selection of profoundly moving and heartfelt performances of classic songs from America’s country, pop and gospel repertoire and more.

To All The Girls… track listing:

14.  Lily Meola – Will You Remember Mine

17.  Paula Nelson – Have You Ever Seen The Rain

Heroes, his first for Legacy, was released May 2012, debuted at #18 on the Billboard 200 best-selling albums chart (Willie’s highest number on the chart since Always On My Mind hit #2 in 1982) and spent five consecutive weeks at #1 on the Americana Radio Chart.

Let’s Face The Music And Dance, Willie’s second Legacy album, was released on April 16, 2013 (two weeks before Willie’s 80th birthday on April 30). Comprised of a range of pop, rock, jazz and country classics chosen by Nelson, Let’s Face The Music And Dance was praised by critics, peaking at #16 on the Billboard Top Country Music Albums chart and #49 on the Billboard 200.

The album celebrates Willie’s more-than-forty years on the road and in the studio with Family, the band he formed with his sister, Bobbie Nelson (on piano), drummer Paul English and harmonica shaman Mickey Raphael–their name taken from his 1971 studio album Willie Nelson & Family. Rounding out the Family line-up on Let’s Face The Music And Dance are Billy English (Paul’s brother) on electric gut string and snare drum, Kevin Smith on upright bass and Jim “Moose” Brown on B-3 organ with Willie’s son, Micah Nelson, adding percussion on select tracks. Willie Nelson and his guitar, Trigger, appear on all the songs.

As America prepares to commemorate the 80th birthday of Willie Nelson on April 29th, the country music icon will be celebrated as Artist of the Month for April, 2013 by Legacy Recordings, a division of SONY MUSIC ENTERTAINMENT.  The celebration carries on all month, and includes the April 16th release of a new album, Let’s Face The Music And Dance, on Legacy Recordings.

Let’s Face The Music And Dance is comprised of 20th century pop, rock, jazz and country music classics and standards.  It was recorded by Willie and The Family, the band that Willie started with his sister Bobbie Nelson in 1973, and that has been his touring and recording group for forty years.  On April 28th, Willie and The Family will play a special “birthday” concert at the Back Yard in Austin, Texas. 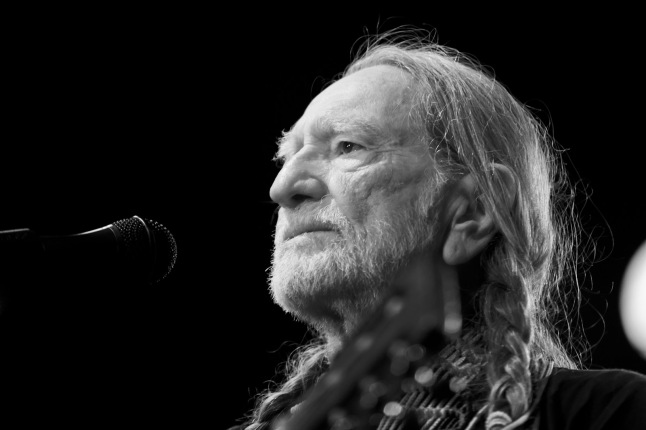 Legacy’s Artist of the Month program was launched at the start of this year, commem­or­ating Janis Joplin in January, Nina Simone in February, and Sly and the Family Stone in March.

In every case, the Artist of the Month program provides fresh perspectives on musical legends whose sounds continue to affect people’s lives and enables new fans and deep aficionados the opportunity to focus on an essential figure in pop music history, whose principal catalog is a cornerstone of the Sony Music archives.

For the truly multi-dimensional Willie Nelson – singer, songwriter, Gypsy jazz guitarist, producer, bandleader, family man, perennial touring musician, television and movie actor, entrepreneur, activist, philanthropist, founder of FarmAid, rancher, golfer, proud Texan, and godfather of music’s Outlaw Country movement – it has really been One Hell Of A Ride, as suggested by the title of his 4-CD Legacy box set of 2008, the year of his 75th birthday. END_OF_DOCUMENT_TOKEN_TO_BE_REPLACED

A new 14-song collection by pop music legend PAUL ANKA, DUETS, is set for release April 9th through LEGACY RECORDINGS, a division of SONY MUSIC ENTERTAINMENT.  The release coincides with the in-store date for Anka’s long-awaited life story, MY WAY: An Autobiography, co-written with DAVID DALTON and published by St. Martins Press.

DUETS provides a musical journey through the life and times of the man.  Anka (born July 30, 1941) was studying piano and was a 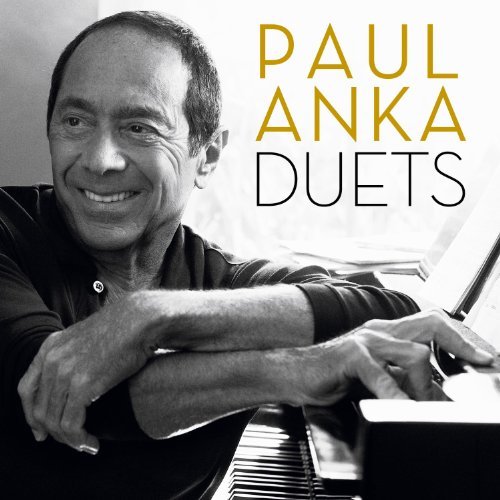 local Canadian performer (mainly an impressionist) by age 12 in 1953, which would make 2013 his 60th year as a performer. He led his first vocal group at 13 (THE BOBBY SOXERS), wrote his first songs at 14, and recorded his first commercial single in Los Angeles at 15 (the summer after 9th grade!). He signed with ABC-PARAMOUNT at age 16 in 1957, igniting the pop firmament with “Diana,” “You Are My Destiny,” and all the hits that followed.

In his 55th year as a performer, PAUL ANKA is an American national treasure (notwithstanding he was born in Ottawa) who quickly separated himself from the pack of teen idols that surfaced in the mid-to-late 1950s. He did this mainly by virtue of writing all his own hits (“Diana,” “You Are My Destiny,” “Lonely Boy,” “Put Your Head On My Shoulder,” “Puppy Love“), and taking control of his business career (producing, buying and owning his master recordings, a practice he still employs today). He further separated himself from the pack during the pre-Beatles era by moving into posh big city night clubs like New York’s COPACABANA, that were long the province of FRANK SINATRA and his generation. Anka also graduated from early rock exploitation films (like Let’s Rock and Girls Town) into mature film roles like The Longest Day, (for which he wrote the Oscar-nominated title song).
END_OF_DOCUMENT_TOKEN_TO_BE_REPLACED