Cole Haan Raises The Bar For Work, Working Out, And Every Adventure In Between

Cole Haan has announced the launch of StudiøGrand: a most versatile women’s lifestyle collection which features understated, minimalist silhouettes made for women who make the most of every step, from studio to street and beyond.

The Cole Haan StudiøGrand Collection draws inspiration from kindred spirits and pioneers of movement, like Principal Dancer Sara Mearns of the New York City Ballet whose poised athleticism and street-to-studio schedule demanded a shoe that merges substance with style. Other visionaries that have joined the campaign include Coco Rocha – Model, Owner & Director of NoMad Management, and 27-year-old CEO and Co-Founder of groundbreaking Y7 Studio, Sarah Larson Levey. 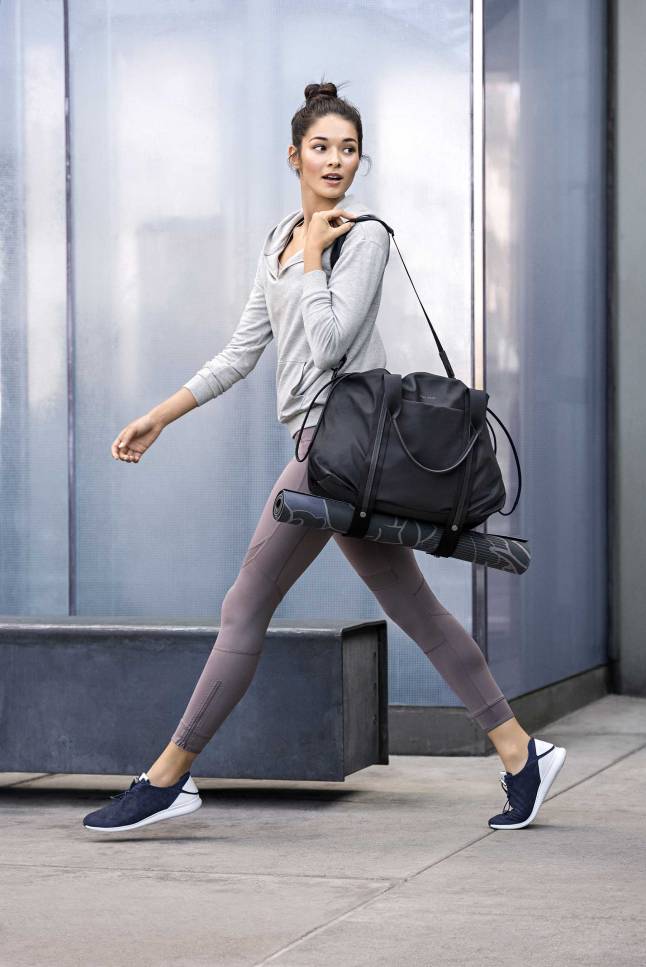 “StudiøGrand was born out of a need for style and substance in and out of the studio. We have collaborated with extraordinary women, like Sara Mearns, who demand more out of their feet than anyone, to create a collection for the multi-faceted woman constantly moving between the various studios of her life,” says David Maddocks, Chief Marketing Officer and General Manager of Business Development at Cole Haan.

The StudiøGrand Collection includes an array of functional accessories designed for the active woman, including footwear, outerwear, bags, sunglasses, an umbrella and a yoga mat.