Get Out Your Diaries and Calendars, The List is Long!

New and Major Events are Always Synonymous With the New Parisian Cultural Season and Autumn 2016 has an Expected Stellar Line-up.

While it is true that Paris is gearing up for the Spring/Summer 2017 Paris Fashion Week Shows, The City is more than just about high fashion. It’s a foodie paradise, one of the top cultural centers of the world and one of the top tourist destinations in Europe and the world at large. From Rembrandt at the Musée Jacquemart-André to Hergé at the Grand Palais, the opening of new museums and celebrated shows, Paris pulls out all the stops to charm Parisians and visitors this fall and early winter. The following list was compiled and provided by The Paris Visitors and Convention Bureau (Office du Tourisme et des Congrès de Paris) whose mission it is to welcome and provide visitors with information; to promote the capital’s attractions, in France and abroad; and to provide assistance to Paris tourism professionals.

From 14 September to 12 February, Henri Fantin-Latour has top billing at the Musée du Luxembourg – a retrospective that has been eagerly-awaited since the previous one in 1982. At the Musée du Louvre, the public can admire the sculptures, drawings and prints of Edme Bouchardon in a monograph exhibition. More contemporary, the Centre Pompidou will celebrate René Magritte around questions of likeness and realism (September 21, 2016 – January 23, 2017). Belgium will also be under the spotlight with the exhibition Hergé at the Grand Palais (September 28, 2016 – January 15, 2017). 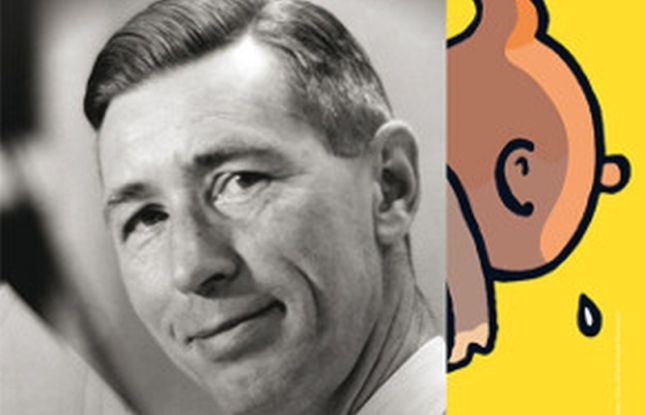 Herge exhibition :The Grand Palais pays tribute to Georges Remi, better known as Herge. Considered to be the father of the European comic-strip, the creator of Tintin sold some 250 million comic-strip books during his career and has been translated into one hundred or so languages.This retrospective exhibition with original plates is an opportunity to admire the work of the Belgian artist, but also to find out more about Herge the person, through the many archive images and testimonies. (PRNewsFoto/Office du Tourisme et des Congrè)

After 8 months of closure, the Musée Maillol is reopening, under the aegis of Culturespaces, with an exhibition by the famous artist Ben (now through January 15). This should renew the genre and attract a new public. Early October will see the opening of Art 42, the first museum of street art, which will be free and permanent, and which will bring together more than 150 works, in the 17th arrondissement. The opening is an important step towards the promotion of urban art, a subject dear to Parisians, which could gain recognition as a discipline apart.

Staple events of the autumn season unveil their new program and are set to win over numerous visitors again. Towards the end of September, there is the 6th Fête de la Gastronomie which takes place from 23 to 25 September, and which offers a rich program of special events (cooking classes, walks, new meals, etc.). And on 25 September, the Car Free Day, launched in 2015, takes on a greater dimension this year with an area five times larger! The Grape Harvest in Montmartre livens up the streets of the Butte, from 5 to 9 October, for its … 83rd edition. Not forgetting Nuit Blanche which will celebrate its 10th anniversary on the theme of love on October 1st. There will be a trail along the Seine with performance art and surprising artistic installations for the public.

Nuit Blanche in ParisAs the days shorten and autumn turns to winter, the Nuit Blanche event in Paris offers an opportunity to see the city in a new light. For once special night, the city’s streets are teeming with people of all ages, lit by moonlight and by strange lights, works of art become the focal point. (PRNewsFoto/Office du Tourisme et des Congrè)