Following the international success of the 2017 edition, Campari, the iconic Italian aperitif, announces the return of Campari Red Diaries 2018 with an all-star short movie steeped in intrigue, leading viewers in the journey of a pursuit of the perfect cocktail. Evolving Campari’s ethos that ‘every cocktail tells a story‘, this year’s film is a celebration of bartenders’ talent around the world and most importantly, the Red Hands, masters of the world’s best cocktails.

The short movie acts as the centerpiece of this year’s campaign, starring globally renowned actress Zoe Saldana – star of blockbuster film franchises Avatar and Guardians of the Galaxy – Italian actor Adriano Giannini and directed by the famous Italian director Stefano Sollima, known for his work on Gomorrah and upcoming movie, Soldado.

Saldana comments: “The Campari Red Diaries campaign has a great legacy, so I was delighted to play the role of Mia Parc in The Legend of Red Hand. Mia’s character was a fascinating one to play, to portray her sheer determination to reach perfection and bringing this to life in Milan as the birthplace of Campari, the iconic Italian aperitif was very special.”

Entitled ‘The Legend of Red Hand‘, the story is a thrilling mystery that tells the journey of Mia Parc, played by an intrigued Saldana, in the pursuit of the perfect cocktail starting in Milan, the birthplace of Campari. 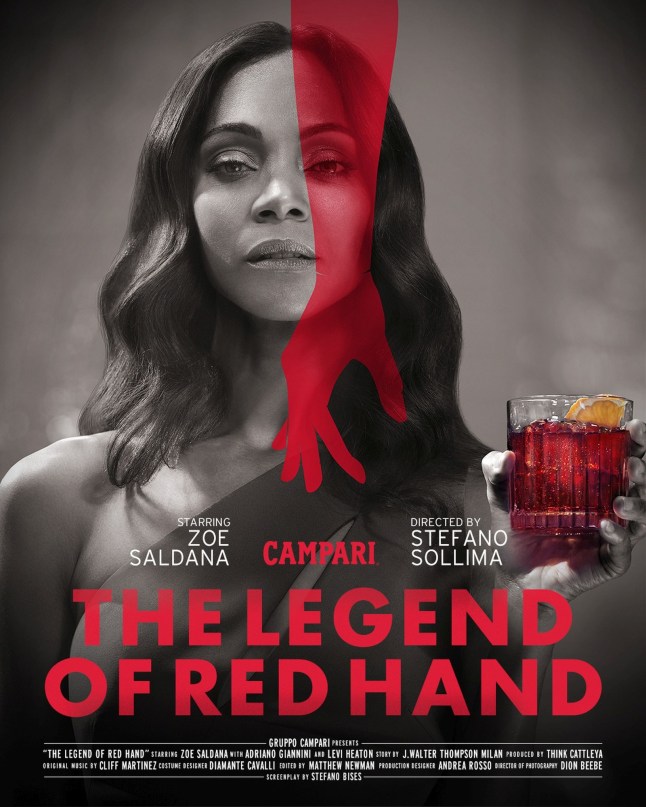 Zoe Saldana announced as the star of The Legend of Red Hand short movie for Campari Red Diaries, aside Adriano Giannini and directed by Stefano Sollima. Credit: Matteo Bottin (PRNewsfoto/Campari)

END_OF_DOCUMENT_TOKEN_TO_BE_REPLACED

The Smithsonian has launched a 30-day Kickstarter campaign today for the Smithsonian Anthology of Hip-Hop and Rap, a powerful cultural statement told through an unequaled combination of music, text and stunning visuals. The compilation, to be produced and released by Smithsonian Folkways Recordings, includes nine CDs, more than 120 tracks and a 300-page book with extensive liner notes, essays by artists and scholars, and never-before-published photographs from the National Museum of African American History and Culture’s collection. This campaign allows dedicated fans the chance to be a part of the community that helps bring this landmark project to life—and into their homes.

(Kickstarter has enabled the funding of more than 132,00`0 projects with the support of more than 13 million backers pledging over $3.3 billion since it began in 2009.)

“The Kickstarter campaign to produce a hip-hop and rap anthology is one of the most important projects on contemporary history that the Smithsonian will ever undertake, because it shows that Smithsonian’s work is as much about today and tomorrow as it is about yesterday,” said Lonnie G. Bunch III, founding director of the National Museum of African American History and Culture. “Hip-hop is a musical revolution that embodies the voice of an entire generation and that’s why it’s important for the museum to partner with the hip-hop community and Folkways Recordings to tell this story. Hip-hop helps us to understand the power of black music and the impact of African American culture on the world.” 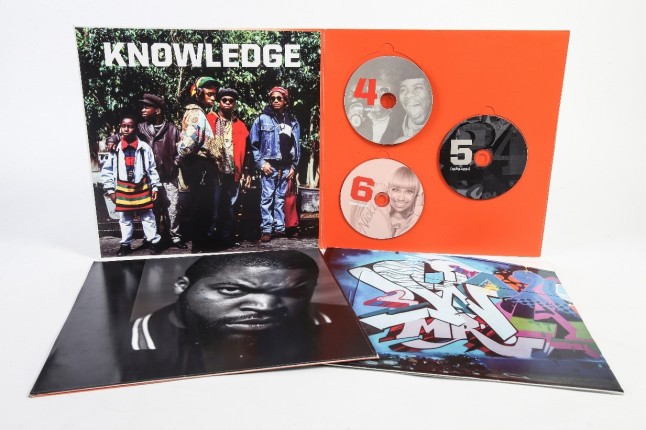 Going into its 70th year, Smithsonian Folkways Recordings, the “National Museum of Sound,” makes available close to 60,000 tracks in physical and digital format as the nonprofit record label of the Smithsonian, with a reach of 80 million people per year. A division of the Smithsonian Center for Folklife and Cultural Heritage, the non-profit label is dedicated to supporting cultural diversity and increased understanding among people through the documentation, preservation, production, and dissemination of sound. Its mission is the legacy of Moses Asch, who founded Folkways Records in 1948 to document “people’s music” from around the world.

The Smithsonian Anthology of Hip-Hop and Rap will be the first collection to include music from every major label and dozens of independent label recordings. The anthology explores important issues and themes in hip-hop history, and it provides a unique window into the many ways hip-hop has created new traditions and furthered musical and cultural traditions of the African diaspora.

“We have always been passionately committed to documenting and celebrating music with strong social impact,” said Huib Schippers, director and curator of Smithsonian Folkways Recordings. “Hip-hop began in the 1970s as a distinctly African American urban culture that has since become a global phenomenon. This box set is a perfect addition to our catalog.” END_OF_DOCUMENT_TOKEN_TO_BE_REPLACED

Kerry Brougher, Director of the Academy Museum of Motion Pictures, today announced three major gifts toward the creation of this institution, bringing fundraising to more than $300M, nearly 80 percent of its $388M campaign goal. When it opens in 2019, the Academy Museum will be the world’s premier film museum—located in Los Angeles, the acknowledged moviemaking capital of the world.

Designed by Pritzker Prize-winning architect Renzo Piano, the Academy Museum will restore and revitalize the historic Saban Building at the corner of Wilshire Boulevard and Fairfax Avenue. The Academy Museum will feature six floors of exhibition spaces, a movie theater, education areas, special event spaces, conservation areas, and a café and store. A new spherical addition will connect to the Saban Building with glass bridges and will feature a state-of-the-art 1,000-seat theater and a rooftop terrace. The Academy is currently raising $388 million to support the building, exhibitions, and programs of the Academy Museum. The campaign was launched in 2012, headed by chair Bob Iger and co-chairs Annette Bening and Tom Hanks.

When it opens in 2019, the Academy Museum will be the world’s premier film museum—located in Los Angeles, the acknowledged moviemaking capital of the world.

Bob Iger, CEO of The Walt Disney Company and Chair of the Campaign for the Academy Museum, said, “We’re enormously grateful to Bloomberg Philanthropies, Netflix, the Charles V. Roven Family Foundation and the Thomas Spiegel Family Foundation for their generous support, and are thrilled to welcome them to a growing community of extraordinary donors who share our vision and are helping us build an Academy Museum as dynamic and vibrant as the art it celebrates.”

Bloomberg Philanthropies has provided generous funding for the development of the museum’s wide-ranging digital engagement platforms through its Bloomberg Connects program, a global initiative that helps cultural institutions innovate and engage audiences. Designed to enhance the on-site visitor experience and provide access to an off-site global audience, the digital platforms will enable the Academy Museum to inspire a deeper understanding, appreciation, and enjoyment of motion pictures.

Brougher said, “The Academy Museum is going to be the permanent home for the art of film in its storied past, amazing present, and fast-evolving future. Film has always been at the forefront of technology, which is why it’s so important for us to have the digital platform that Bloomberg Philanthropies’ support is allowing us to create. For visitors to the Academy Museum, the creativity and innovation of the museum’s digital engagement will provide a unique experience only the Academy can offer.”

Ron Meyer, Vice Chairman of NBC Universal and Chair of the newly established Board of Trustees of the Academy Museum, said, “We are fortunate to have the support of our new donors. They understand our aim of enlightening the public as no other museum can about the art, science, and history of the world’s motion pictures.” END_OF_DOCUMENT_TOKEN_TO_BE_REPLACED