The Whitney Museum of American Art will host the first North American retrospective of artist, performer, poet, essayist, and activist Jimmie Durham (b. 1940), one of the most compelling and multifaceted figures working internationally today. On view from November 3, 2017, to January 28, 2018, Jimmie Durham: At the Center of the World features approximately 120 works from 1970 to the present, including sculpture, drawing, collage, printmaking, photography, and video. 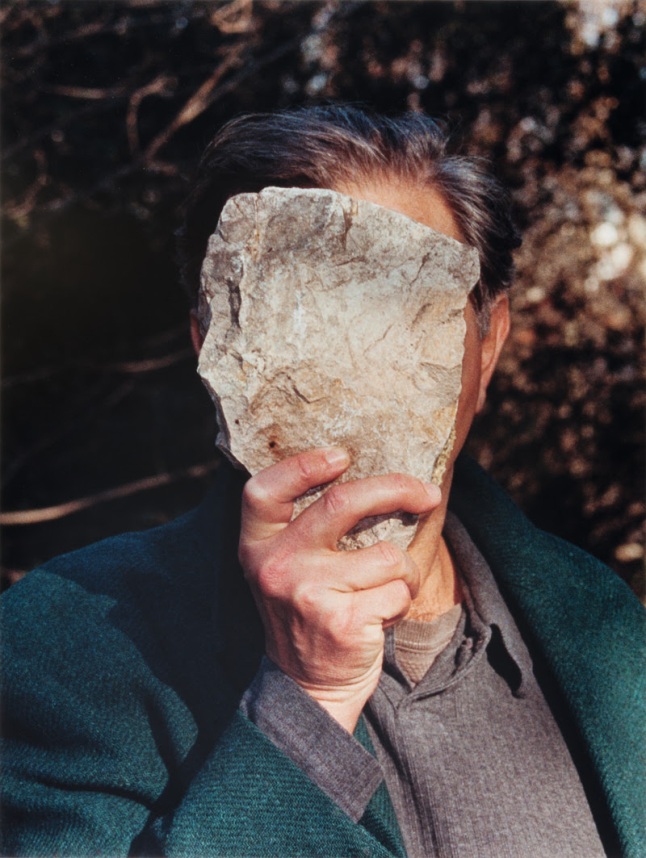 Durham has, over the past nearly five decades, produced wryly political art, often raising questions about authenticity and making visible the ongoing repercussions of colonialism, both within the U.S. and globally. Frequently working with a combination of natural and found materials, he approaches his subjects with a poetic wit and a potent blend of irony and insight.

“The Whitney is delighted to present the work of Jimmie Durham, who has made a singular contribution to contemporary art since the 1970s,” said Adam D. Weinberg, the Whitney’s Alice Pratt Brown Director. “This retrospective provides an opportunity for audiences to gain a deeper understanding of Durham’s expansive practice, or perhaps to discover him for the first time. We are grateful to the Hammer Museum, in particular to director Ann Philbin and curator Anne Ellegood, for organizing this long-overdue retrospective.”

Jimmie Durham was born in 1940 in Houston, Texas, and raised in southwestern Arkansas. In the late 1960s, he enrolled at the École des Beaux-Arts in Geneva, where he worked primarily in performance and sculpture. At this time, he formed an organization called Incomindios, with Indigenous friends from South America, which attempted to coordinate and encourage support for the struggle of Indigenous people throughout the Americas. A lifelong activist, he returned to the U.S. at the end of 1973 during the occupation at Wounded Knee, in South Dakota, and became a full-time organizer for the American Indian Movement (AIM); he would become a member of their Central Council in 1974. That same year AIM established the International Indian Treaty Council (IITC) and appointed Durham the executive director. Durham relocated to New York City to run the IITC and become the representative of American Indians to the United Nations.

Durham resigned from AIM in 1979 and returned to a focus on art making. He was the director of the Foundation for the Community of Artists in New York from 1981 to 1983 and edited their monthly Art and Artists Newspaper (formerly Artworkers News) from 1982 to 1985. In 1987, Durham moved to Cuernavaca, Mexico, and then in 1994 to Europe, where he has lived in Dublin, Brussels, Marseille, Rome, Berlin, and Naples. Since leaving the U.S., Durham has immersed himself in the culture and history of each adopted home, drawing on the local language, materials, and architecture to reframe his larger political, historical, and philosophical questions. Throughout his travels, he has dryly declared wherever he happens to be—from Mexico City to Berlin to Naples—the “center of the world.”

Whitney curator Elisabeth Sussman, who is installing the exhibition at the Whitney together with assistant curator Laura Phipps, noted, “Although Jimmie Durham has lived as an expatriate for decades, his work has remained connected to crucial developments in American art, such as found-object assemblage, appropriation of text and image, institutional critique, performance art, and the politics of representation. This is Durham’s first substantial solo show in the United States in twenty-two years and it’s a rare chance to celebrate his extraordinary accomplishments as an artist and to revel in his wit, his fascination with language, and his remarkable use of materials.”

This exhibition, as it has traveled from its previous venues at the Hammer Museum in Los Angeles and the Walker Art Center in Minneapolis, has revived debates, dating back to the early 1990s, over the artist’s claims of Cherokee ancestry. Durham is not recognized as a citizen by any of the Cherokee tribes, which as sovereign nations determine their own membership. Recent discussions of this point have prompted a wider audience to confront important questions regarding tribal sovereignty, and what it means—or does not mean—for an artist to self-identify as being Native American. This exhibition does not attempt to resolve these questions. Rather it contends that Durham’s work—with its singular and vital critique of Western systems of knowledge and power—offers a crucial perspective on the history of American art and life.

Jimmie Durham: At the Center of the World was organized by the Hammer Museum, Los Angeles, and curated by Anne Ellegood, senior curator, with MacKenzie Stevens, curatorial assistant. It traveled to the Walker Art Center prior to coming to the Whitney, where its installation is being overseen by Elisabeth Sussman, curator and Sondra Gilman Curator of Photography, and assistant curator Laura Phipps. Following the Whitney, the exhibition will travel to the Remai Modern in Saskatoon.

Durham’s work is also part of The Whitney’s permanent collection. Self Portrait was included in the Museum’s inaugural show in its downtown home in 2015, America is Hard to See, and in the 1998 exhibition Art at the End of the Century: Selections from the Whitney Museum of American Art, as well as in the exhibition The American Century: Art and Culture 1900-2000 (Part II). His work also appeared at the Whitney in the 1993 Biennial, the 2006 Biennial, and the 2014 Biennial. Durham has also co-curated a number of exhibitions, including Ni’ Go Tlunh A Doh Ka (We Are Always Turning Around On Purpose) at the Amelie A. Wallace Gallery, State University of New York Old Westbury, Long Island, New York, in 1986 (co-curated with Jean Fisher); We The People at Artists Space, New York, in 1987 (co-curated with Jean Fisher; special advisors Edgar Heap of Birds and G. Peter Jemison); and The American West, at Compton Verney in Warwickshire, England, in 2005 (co-curated with Richard W. Hill).

An avid essayist and poet, Durham has published many texts in journals such as Artforum, Art Journal, and Third Text. His book of poems, Columbus Day, was published in 1983 by West End Press, Minneapolis. A book of his collected essays, A Certain Lack of Coherence, was published in 1993 by Kala Press. In 2013, Jimmie Durham: Waiting to Be Interrupted, Selected Writings 1993-2012 was published by Mousse Publishing and Museum van Hedendaagse Kunst, Antwerp, and his book of poetry Poems That Do Not Go Together was published by Edition Hansjörg Maye. END_OF_DOCUMENT_TOKEN_TO_BE_REPLACED