Daniel Cooney Fine Art (508-526 West 26th Street, Suite 9C, New York, NY 10001, 212 255 8158. dan@danielcooneyfineart.com. Hours: Wednesday – Saturday 11 – 6) is pleased to announce the first solo exhibition of photographs, “The ACT UP Portraits: Activists & Avatars, 1991-1994“, by renowned photographer Stephen Barker. The exhibit will showcase approximately 15 never before seen black and white photographic portraits of AIDS activists – in the studio and at home – taken by Barker during his time working within the AIDS Coalition to Unleash Power (ACT UP) 1991-1994, and Barker’s unique artist’s book Funeral March, which chronicles the carrying of Mark Fisher’s body in an open coffin from Judson Church, up Sixth Avenue, to the steps of the Republican National Committee on the eve of the presidential election in 1992.

Barker became involved with ACT UP in the late 80s working primarily with the needle exchange program. The photographs were never intended as an encyclopedic project, but rather the portraits evolved organically out of Barker’s working relationships, friendships, and intimacies. The exhibition is especially timely during this 30th anniversary year of ACT UP when once again all underserved communities, including those living with HIV/AIDS, are threatened by our own government. It is a call to arms for activism and a reminder of the distance we have traveled and battles we have won. 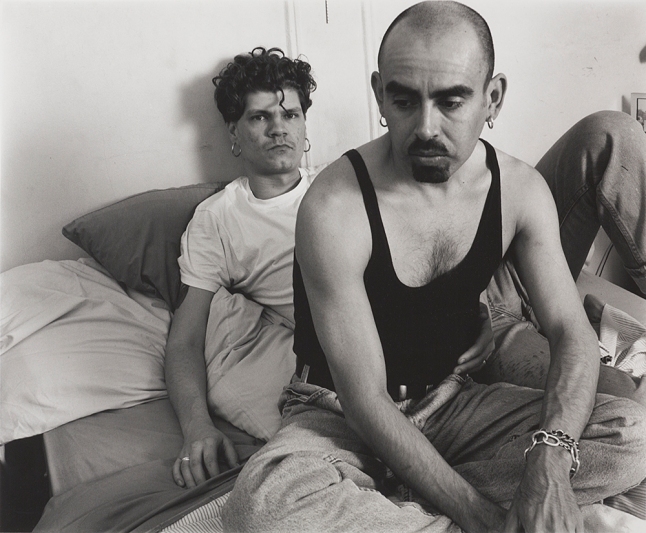 Stephen Barker has been exhibiting his work internationally for over 25 years. The monograph “Nightswimming” was published by Twin Palms in 1999 and his work is included in the permanent collections of The New York Public Library, The San Francisco Museum of Modern Art and the Center for Creative Photography, Tucson, among others.