Dolan to Remain on Board of Directors

Family-owned Bacardi Limited, the world’s largest privately held spirits company, today announced that Mahesh Madhavan, a 20-year Bacardi veteran who is currently a member of the Company’s Global Leadership Team and Regional President of Asia, Middle East & Africa, will succeed Michael J. Dolan, who will retire as Chief Executive Officer, effective April 1, 2018. In the interim, Dolan will continue as CEO, while Madhavan will transition to a new role as Regional President of Europe for much of 2017. Dolan will continue to serve on the Bacardi Limited Board of Directors until the 2019 Annual General Meeting when he will retire from the company. 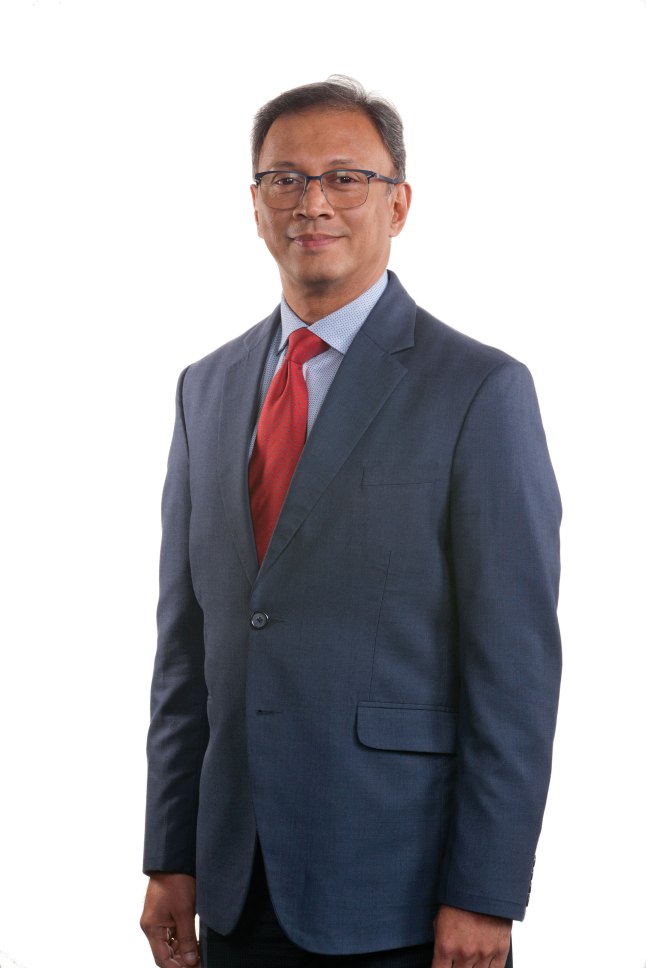 Facundo L. Bacardi, Chairman of the Board of Bacardi Limited, said, “On behalf of the Board, we are delighted to name Mahesh as the next CEO of Bacardi Limited. For almost three years, the Board has conducted a rigorous succession planning process to ensure an orderly transition of leadership. With a proud history that dates back 155 years, it is critical to us to advance our goals as a company in a manner consistent with our culture. As a long-time Bacardi executive, Mahesh has the ideal mix of leadership skills, commercial, operational and financial expertise, and global brands experience. Importantly, he fully embraces our culture, history, and values, and he is an exemplary leader of people. We have great confidence in Mahesh and his vision to lead Bacardi well into the future, providing continuity of leadership to build on our success during Mike’s tenure and capitalize on the momentum of our brands and the tremendous global opportunity in both developed and emerging markets.” 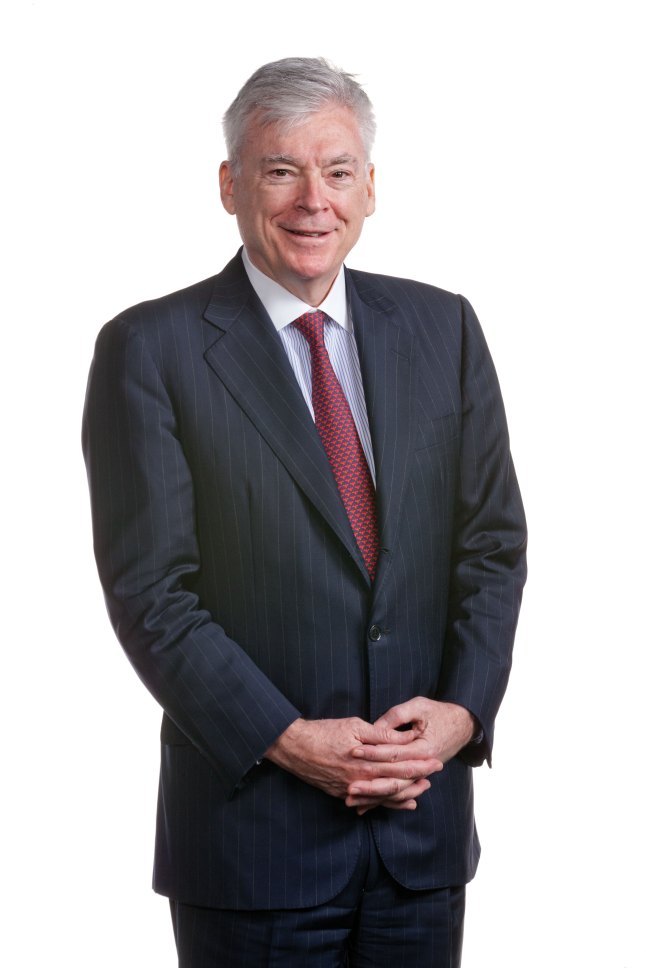 Michael J. Dolan will retire as Chief Executive Officer of Bacardi Limited, effective April 1, 2018. In the interim, Dolan will continue as CEO, while Mahesh Madhavan, a 20-year Bacardi veteran, will transition to a new role as Regional President of Europe for much of 2017. Dolan will continue to serve on the Bacardi Limited Board of Directors until the 2019 Annual General Meeting when he will retire from the company. (Photo: Business Wire)

Dolan has worked with Bacardi since 2009, when he joined the Board of Directors and has demonstrated a deep understanding of both the business and unique values of Bacardi. During Dolan’s leadership as CEO since 2014, the Company has taken a disciplined approach to increasing operational efficiencies, reduce costs, and re-invest in its iconic portfolio of brands. 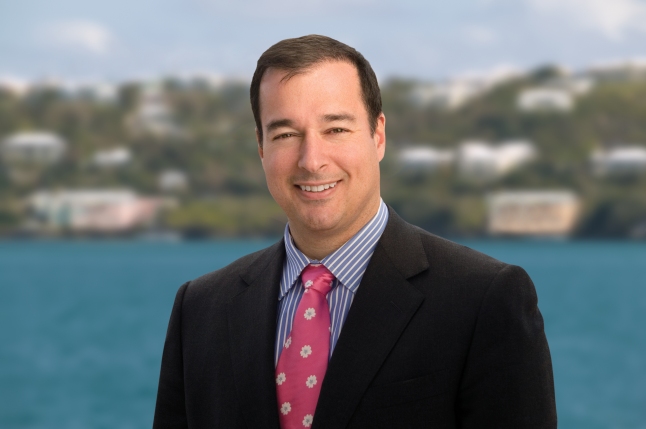 Chairman of the Board of Bacardi Limited Facundo L. Bacardi (Photo: Business Wire)

“Our team is proud of the work we’ve done to strengthen the financial position of the company and improve the topline through a sharp focus on enhancing the equity of our core brands. We’re delivering cost savings and reinvesting those savings in incremental advertising and promotion activities designed to captivate a new generation of consumers,” said Dolan. “As importantly, we have stabilized our leadership team and created robust development programs to build a deep bench of global talent. I have no doubt that with his long tenure, tremendous leadership qualities, and global perspective, Mahesh will continue to drive growth and brand momentum while nurturing our culture and our people. I look forward to partnering with him as he prepares to assume his new responsibilities.”

Said Madhavan, “It is an extraordinary honor to be selected as the next CEO of Bacardi Limited. I know I speak for so many of my colleagues when I say that it is a privilege to work for a family-owned company with such a storied history that has thrived through many generations. Our strong culture is built on the spirit of entrepreneurship and working together as one team, with a focus on equity and fairness. I will execute the stewardship of this Company with the great care it deserves, and am fortunate to assume this important role with the support of Facundo and Mike, and with the benefit of a talented management team whose solid execution has positioned the Company well for significant long-term growth. We have many exciting opportunities ahead of us, and we are in the ideal position to capitalize on global spirits trends with iconic brands in the premium and ultra-premium segments.”

Alex Ouziel has been promoted to Regional President of Asia, Middle East & Africa (AMEA) of Bacardi, based in Dubai. (Photo: Business Wire)

Madhavan currently leads the Company’s Asia, Middle East & Africa operations, where he has been charged with building stronger connections between the iconic brands in the Bacardi portfolio and consumers in those fast-growing regions. During his tenure, he has held leading roles within various emerging markets including Managing Director of India, Managing Director for Thailand and the Philippines, and Managing Director of South Asia and Southeast Asia. He has also led the Company’s Emerging Market Council. Madhavan will immediately assume the role of Regional President of Europe, BMBV, and will be based in Geneva until he assumes the CEO role, at which time he is expected to move to the Company’s global headquarters in Bermuda, subject to immigration approvals.

Oksana Pevtsova has been promoted to VP & Managing Director of Eastern Europe of Bacardi, based in Moscow. (Photo: Business Wire)

The Company also announced that, as part of the leadership succession plan, Paolo Perego, currently Regional President of Europe, BMBV, will depart to pursue other opportunities and the Company thanks him for his considerable contributions. Alex Ouziel, a seven-year veteran of Bacardi and currently VP & Managing Director of Eastern Europe, has been promoted to Regional President of Asia, Middle East & Africa, based in Dubai, succeeding Madhavan. Ouziel will also join the Global Leadership Team. Oksana Pevtsova, a 10-year veteran of the Company, has been promoted to VP & Managing Director of Eastern Europe, based in Moscow, replacing Ouziel.

Bacardi added, “It’s a pleasure to announce the promotions of Alex and Oksana. Their success demonstrates the commitment our Company has made to identifying and nurturing internal talent.”

The leadership succession process was led by a Special Committee of the Board, advised by Dr. John A. Davis and Dr. David Ager of Cambridge Family Enterprise Group, leading experts on family businesses.

Founded 155 years ago in Santiago de Cuba on February 4, 1862, family-owned Bacardi manufactures its brands at 29 facilities and sells in more than 160 countries. Bacardi Limited refers to the Bacardi group of companies, including Bacardi International Limited. www.BacardiLimited.com