In the fifth installment of the UGG® brand’s fall/winter video campaign, model and actress Rosie Huntington-Whiteley reprises her role as Global Women’s Ambassador in the latest video series, Rosie Drops A Hint. As the title suggests, Rosie lends her humor to a series of videos that show her dropping overt gifting hints from trimming the tree with mini UGG® boots, to making an “UGG-accino”, decorating the hearth with the iconic UGG® Classic Boot whilst wearing a cozy “UGG-ly” sweater. View this season’s most sought-after Wish List wonders at http://www.ugg.com/gift-boutique/ 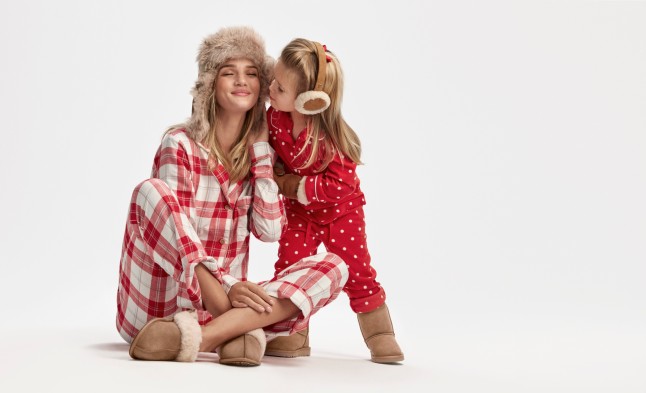 The plush, chevron striped Tania boot that Huntington-Whiteley is seen wearing in the video retails for $175 USD, and the adorable pouf-topped Yvett slipper and Scuffette II slide both retail for $85 USD.

The candid clips feature Huntington-Whiteley wearing the brand’s latest collection of water and stain resistant Classic Boots and slippers and will run through the holidays in-store, online, across UGG® social channels, and in paid media from November 15th. The plush, chevron striped Tania boot that Huntington-Whiteley is seen wearing in the video retails for $175 USD, and the adorable pouf-topped Yvett slipper and Scuffette II slide both retail for $85 USD. 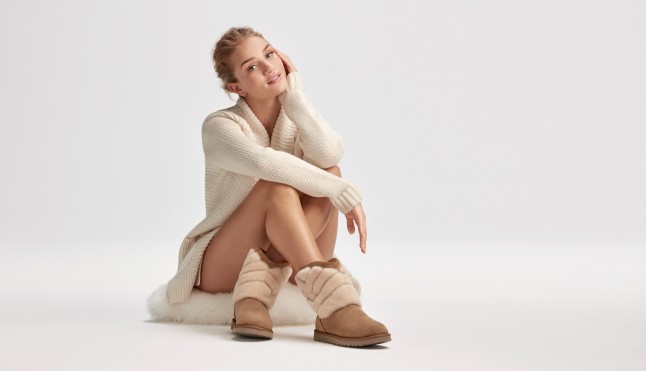 “I love spending time with my family and friends whenever I can but the holidays are always an extra special time of the year for me,” says Huntington-Whiteley. “I will definitely be giving all of my loved ones UGG this season, it truly is the perfect gift for everyone on my list.”

Holiday styles are available at all UGG® concept stores worldwide, online at UGG.com and at select wholesale partners. Fans are encouraged to drop their own holiday hints and create a wish list at UGG.com. For a closer look at campaign highlights follow @UGG and use #UGGseason.

Founded in 1998, Design Within Reach made modern design accessible to the U.S. market through its groundbreaking catalog and e-commerce site and has evolved into a destination for its exclusive collection of modern furniture and accessories.

“Garden State Plaza is a new market for us, so we expect that a lot of people will experience Design Within Reach for the first time,” says DWR CEO John Edelman. “We’re excited about the opportunity to engage the community, especially during this time of year. We believe shoppers will look to DWR as a resource as they prepare their homes this holiday season.” 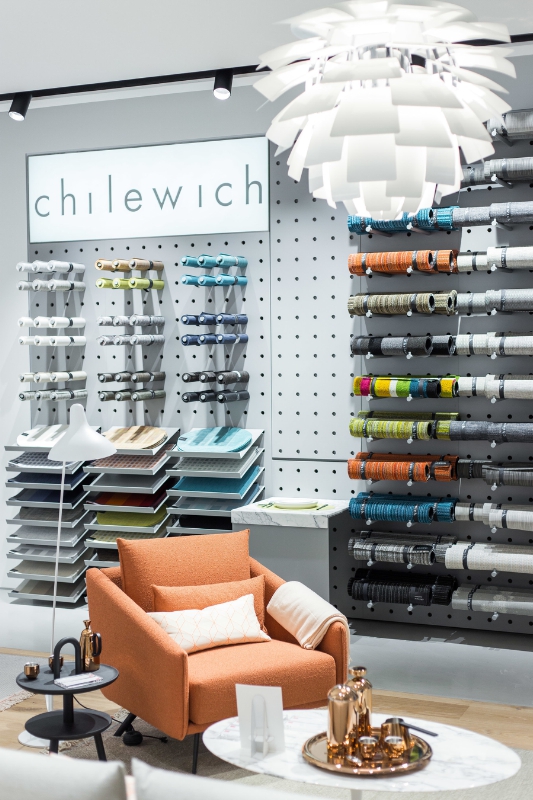 The experience at the new DWR Paramus Studio will be unlike that offered by any other furniture retailer in the area. A glowing installation of hundreds of pendant lights, the Light Cloud, welcomes customers to the space at both entrances and invites them to discover the company’s extensive product assortment. The Studio displays thirty-six room vignettes that integrate iconic classics by designers such as Charles and Ray Eames or George Nelson with pieces designed by emerging designers like Egg Collective, Norm Architects and Chris Hardy. 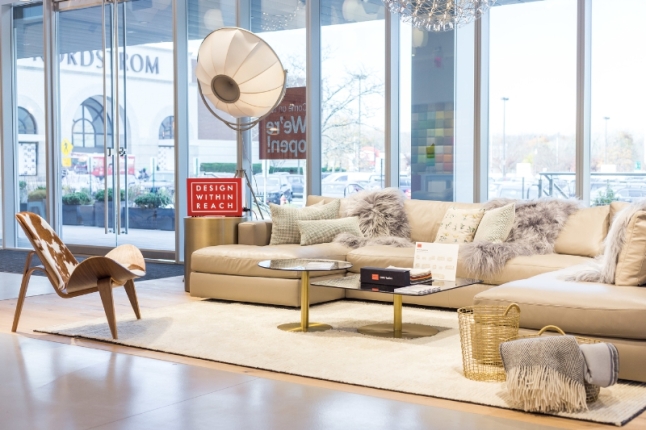 Shoppers looking to individualize their décor will love the Swatch Wall (itself a piece of beautiful design), which shows off more than 300 of the thousands of upholstery options available from the likes of Maharam fabrics and Edelman® and Spinneybeck® leather, and the opportunity to see how products will look in their own homes using the DWR 3-D Room Planner.

DWR continues its partnership with New York-based architecture firm DFA to bring the Paramus Studio to life, as well as enlisting the help of Light Studio LA in creating dramatic lighting design throughout the space. 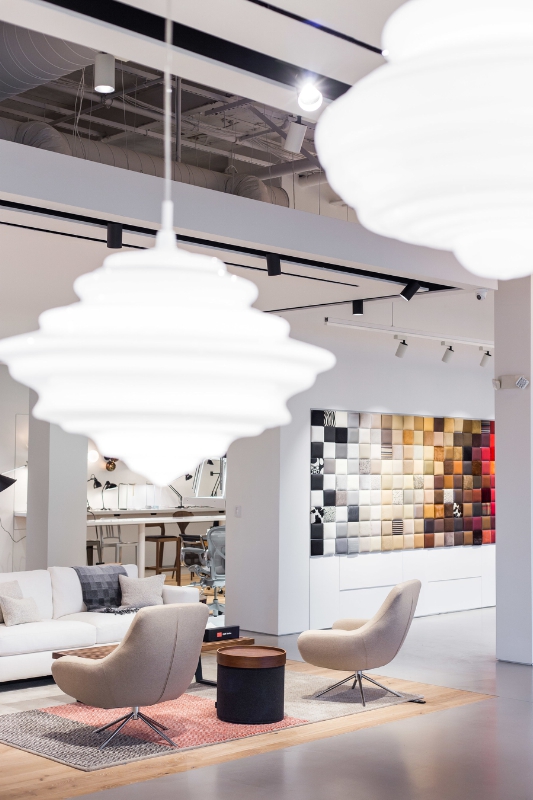 Shoppers looking to individualize their decor will love the Swatch Wall – shown in the distance – which shows off more than 300 of the thousands of upholstery options available. Photo: Alex Kusak Smith (PRNewsFoto/Design Within Reach, Inc.)

The Studio can be reached at 201.843.2650 from 10am–8pm Monday–Saturday; closed Sunday. Design Within Reach is hiring: dwr.com/careers.

Design Within Reach, Inc., founded in 1998 and headquartered in Stamford, Connecticut, is the world leader in authentic modern design. The company sells its furniture and accessories to residential and commercial customers through retail Studios in North America, via the Web at dwr.com, by phone at 1.800.944.2233 and through the Contract division at dwrcontract.com. Design Within Reach, Inc., is a subsidiary of Herman Miller, Inc.

Having been swept into the highest office in the land on November 8, President-Elect Donald Trump reached another pinnacle of achievement today, when it was announced by the editors of Esquire that he had been elected to the prestigious, hard-won title of “Dubious Man of the Year.”

The Dubious Achievement Awards (“an annual celebration of mendacity, mediocrity, and moronic behavior”) first appeared in Esquire in January 1962 as “a salute to those many whom the rest of us owe so little.” They ran in the magazine until 2008, when they were accidentally left behind in the coat room at Elaine’s restaurant for eight years.

“It was a crowded field,” said Jay Fielden, editor-in-chief of Esquire. “But very early in the running the rest of the year’s bad hombres – blue-haired prevaricator Ryan Lochte, greedy extortionist Martin Shkreli and all those creepy clowns hanging around schoolyards with hockey sticks – fell away and it was clear who was going to be the winner whichever way the Presidency went. Not since Richard Nixon became the annual patron saint of these awards in 1963 have we seen such a worthy and unanimous winner. We congratulate President-Elect Donald J. Trump, his family and his entire team on this historic effort, which almost transcends last week’s, in our opinion.“ 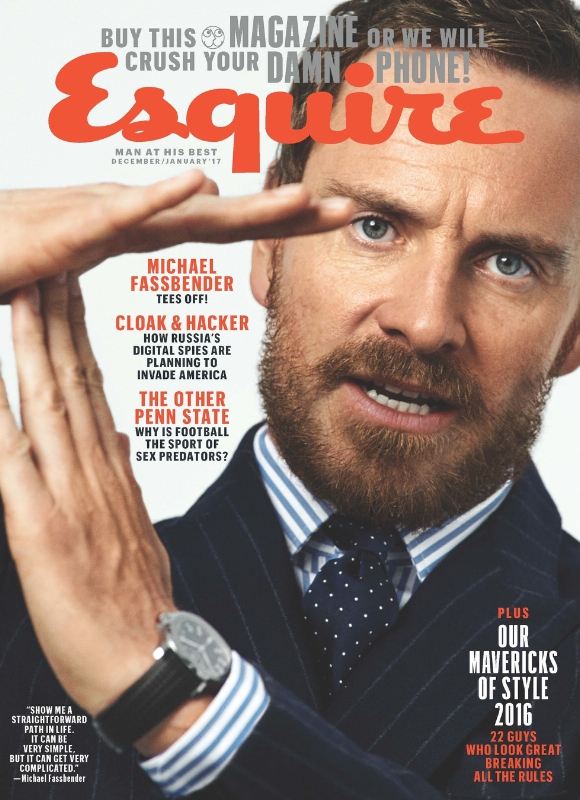 In addition to the high honor accorded to Mr. Trump, the 2016 Dubious Achievement Awards in the new December/January issue are bestowed upon a host of other figures who have defined the outer limits of acceptable behavior during the calendar year, including Chappaqua resident Hillary Clinton, Libertarian spoiler and weed broker Gary Johnson, previously disgraced and upcoming Presidential advisor Roger Ailes, Blind Bill Cosby, and anyone who played Pokémon Go.

“When it comes to truly dubious figures, Donald Trump has stood hair and shoulders above everyone this year,” said Esquire Contributing Editor David Hirshey, who piloted the renewed awards this month as well as during the dubious heyday of Michael Jackson, O.J. Simpson and George W. Bush. “Without his contribution, it would have been a relatively normal year of stupidity and greed, but our ‘Dubious Man of the Year‘ elevated his game to a level so spectacularly dubious that it may have actually swept him into the Oval Office. We really had no choice but to award him this accolade for which he has so clearly been preparing for his entire adult life.”

Esquire is the most-honored monthly magazine in America, with 26 National Magazine Awards, including one for its iPad app, and 88 nominations. In its digital expressions, Esquire.com has an audience of 11.3 million (comScore, Sept. 2016), and a social media following of 2 million. In addition to its U.S. flagship, Esquire publishes 26 editions around the world. Esquire is published by Hearst Magazines, a unit of Hearst, one of the nation’s largest diversified media and information companies. Hearst Magazines‘ print and digital assets collectively reach more than 128 million readers and site visitors each month, or 53 percent of all adults in the U.S.; nearly two-thirds of all women and 69 percent of all millennial women (source: comScore/MRI 9-16/S16).