Frameline39: There’s No Place Like Here… the 39th San Francisco International LGBTQ Film Festival celebrates an exceptional experience that unites diverse communities across an ever evolving cinematic landscape for 11 days of innovative and socially relevant film. Commemorate legendary filmmakers, discover emerging talents, and join the inimitable community of festivalgoers that distinguish the world’s oldest and largest celebration of queer cinema. Frameline39 pays tribute to LGBTQ experiences through revelatory documentaries, captivating features, enchanting shorts, cinematic classics, and more.
With an expected attendance of 65,000, the 11 days of Frameline39 promises to draw film lovers, media artists, and LGBTQ communities from the Bay Area and all across the globe to discover the best in queer cinema. More than 30 countries will be represented, including Kenya, Venezuela, Lithuania, Thailand, France, and Bosnia-Herzegovina.
OPENING NIGHT FILM
I AM MICHAEL / DIR Justin Kelly / USA

Sangaile is a brooding teen trapped in a cage of adolescent fear and self-doubt when she meets vivacious, outgoing Auste at an aeronautics show. This is a sumptuously shot, subtly told story of the transformative power of first love.
CENTERPIECE DOCUMENTARY
OUT TO WIN / DIR Malcolm Ingram / USA, Canada 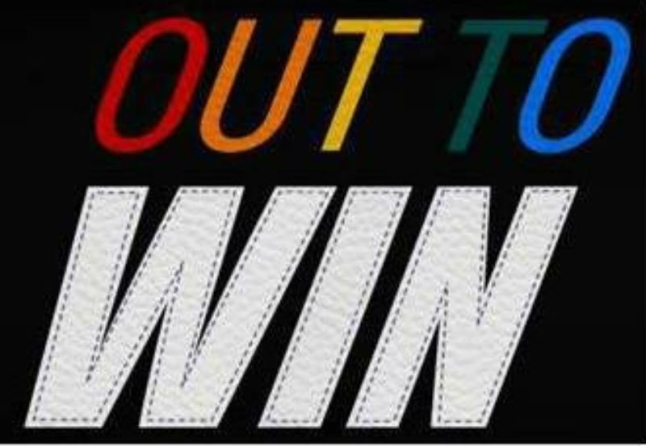 Sarah is trapped in nowheresville Nevada when the worldly drifter Pepper blows into town and opens her eyes to life’s possibilities. But is Sarah being seduced by a wily user, or is she herself using Pepper to break free?

FRAMELINE AWARD
Established in 1986, the Frameline Award is given every year to a person or entity that has made a major contribution to LGBTQ representation in film, television, or the media arts. The 2015 Frameline Award will honor queer documentarian Jeffrey Schwarz for his wide-ranging contributions in documenting LGBTQ figures and queer history. Frameline will also present the Bay Area premiere of Schwarz’s latest film, TAB HUNTER CONFIDENTIAL. 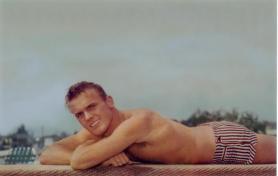 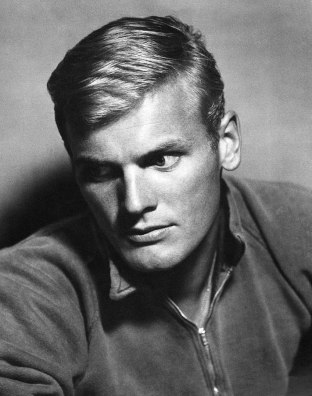 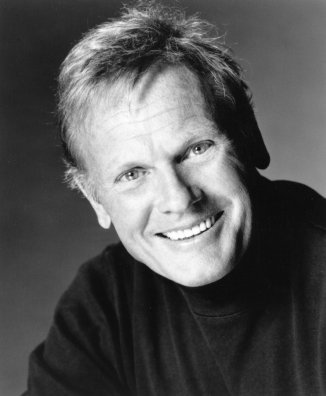 From the earliest years of Hollywood,we, as movie (and television) viewers have had the pleasure of seeing (and lusting after) some of the sexiest men who ever lived. But none was more sexier than Rock Hudson and Tab Hunter. Following the rapturously received I Am Divine (Frameline37) and Vito (classic documentaries, in and of themselves), director Jeffrey Schwarz vibrantly recalls the rollercoaster life and career of formerly closeted 1950s Hollywood heartthrob Tab Hunter in this lively and fascinating documentary. Furthermore, at 84 years old, he’s still sex on a stick. (see a review of the documentary from SXSW here.) It’s a must-see documentary of a less-liberal time in Hollywood and America; and a cautionary tale for today’s Hollywood stars.

54: THE DIRECTOR’S CUT / DIR Mark Christopher / USA
After nearly 17 years, director Mark Christopher has re-cut his disco-driven romantic drama 54 into the glitterier, grittier, and gayer version he originally intended. Ryan Philippe stars as an opportunistic busboy ensnared in a bisexual love triangle with the coat-check girl (Salma Hayek) and the bartender (Breckin Meyer), all set against the backdrop of New York’s Studio 54 disco nightclub overseen by Steve Rubell (Mike Myers).

Is there such a thing as a “gay voice”? Why do some people “sound gay” but not others? Why are gay voices a mainstay of pop culture—but also a trigger for anti-gay harassment? This light-hearted yet thought-provoking quest to understand “gay voice” explores these questions and more in revealing interviews with Margaret Cho, Tim Gunn, Don Lemon, Dan Savage, David Sedaris, and George Takei. 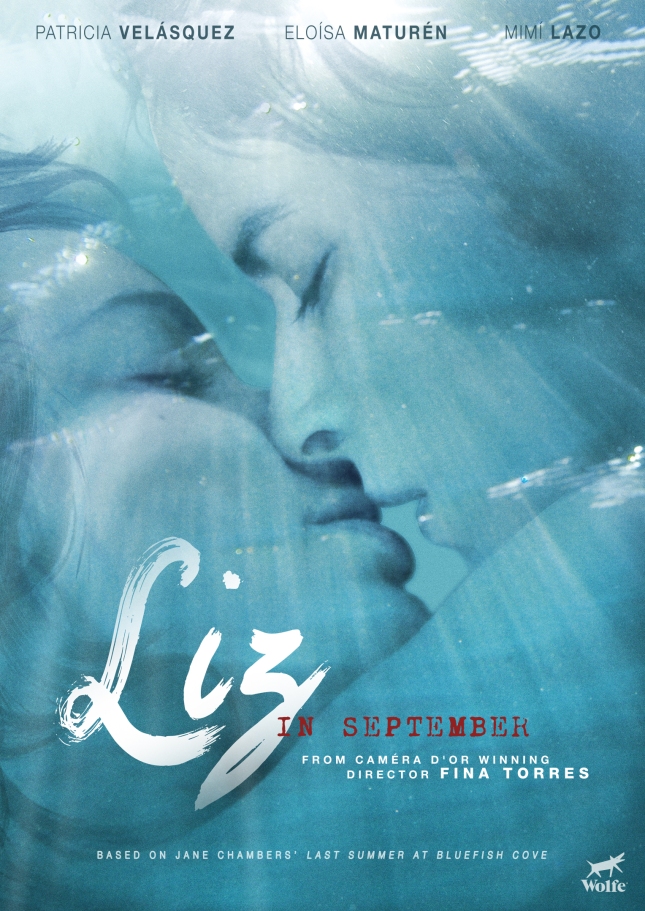 LIZ IN SEPTEMBER / DIR Fina Torres / Venezuela
A tight-knit group of lesbian friends are enjoying their annual vacation on a beautiful Caribbean beach when Eva, a straight stranger, crashes the party. On a dare, the group’s heartbreaker Liz launches a seduction, with results that surprise them both.

LARRY KRAMER IN LOVE AND ANGER / DIR Jean Carlomusto / USA
A well-deserved tribute to one of the nation’s most important gay activists, this documentary is also a gripping account of the onset and terrible escalation of the AIDS crisis in the United States, an epidemic that came to define Kramer’s life and work.

STORIES OF OUR LIVES / DIR Jim Chuchu / Kenya
From a ten-person artist collective comes an anthology of narrative short films based on true stories about queer life in Kenya. Homophobia is institutionalized in Kenya, heightening the stakes of this brave, beautiful vignette quintet. Via intimate depictions of identity under siege, drawn from real life experiences of LGBTQI people, this black-and-white anthology breaks the silence enforced by intolerance.

FRAMELINE COMPLETION FUND RECIPIENTS
Since 1990, Frameline has awarded more than $400,000 in completion funding to 125 film projects by and about the LGBTQ community. Frameline39 presents seven films that were finished with assistance from the Completion Fund:

DEEP RUN / DIR Hillevi Loven / USA
Young transman Cole and his girlfriend Ashley seek spiritual refuge in a welcoming church, a daunting challenge in rural North Carolina where conservative Christianity rules. What ultimately saves them is deep love for themselves, each other, and their God.

DYKE CENTRAL (Episodes 6-10) / DIR Florencia Manovil / USA
This Oakland-based dramedy webseries centers on 30-something butch roommates Alex and Gin. Surrounded by a diverse group of friends who guide, challenge, and support them, Alex and Gin struggle to adapt to change and create balance in their lives without losing themselves.

FEELINGS ARE FACTS: THE LIFE OF YVONNE RAINER / DIR Jack Walsh / USA
Endlessly searching San Francisco-born choreographer and filmmaker, intellect and feminist Yvonne Rainer is the subject of this fascinating reflection on the politics of identity as well as the always-related concerns of one of the preeminent artists of our time.

FROM THIS DAY FORWARD / DIR Sharon Shattuck / USA
When filmmaker Sharon Shattuck’s artist dad came out as transgender and changed her name to Trisha, Sharon was in the awkward throes of middle school. The changes to Trisha’s appearance were difficult for her straight-identified physician wife to accept, but they stayed together and are now going on 33 years of marriage. As the Shattucks regroup in 2013 to plan Sharon’s wedding, the filmmaker asks her parents for advice, prompting a conversation about love in a very modern family.

HOW TO WIN AT CHECKERS (EVERY TIME) / DIR Josh Kim / Thailand, Indonesia, USA 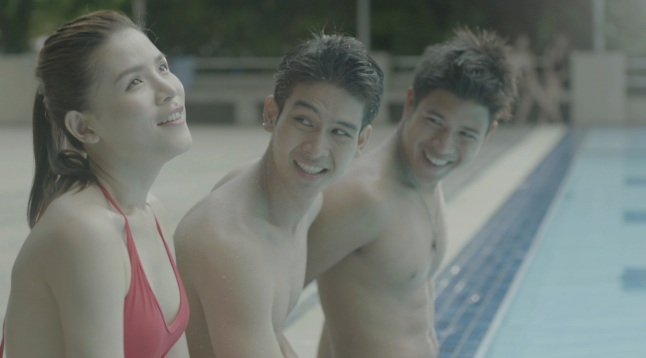 HOW TO WIN AT CHECKERS (EVERY TIME) / DIR Josh Kim / Thailand, Indonesia, USA 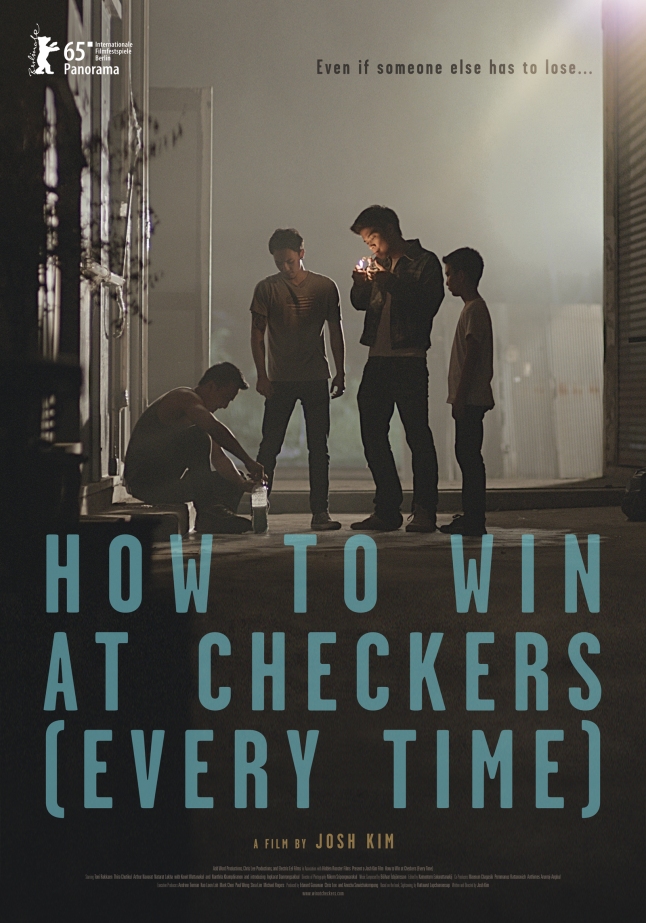 Adapted from the U.S. bestselling book “Sightseeing” by Rattawut Lapcharoensap, Josh Kim’s feature film directorial debut tells the coming-of-age drama of two brothers struggling to survive and stay together. As eleven-year-old Oat tries to keep his beloved older brother Ek out of the military, he unwittingly sets in motion events that lay bare the limited options facing Bangkok’s working poor.

VISIBLE SILENCE / DIR Ruth Gumnit / Thailand, USA
A delicate but probing documentary look at “tom” and “dee,” lesbians in Thailand, as they confront expectations to conform to a rigidly gender-assigned society. Silent but visible within it, they speak to us from a rich variety of experience.

The Frameline Box Office, presented by Showtime, located inside The HRC Action Center and Store, (575 Castro Street between 18th and 19th Streets) opened Friday, May 22 for Frameline member ticket sales, and Friday, May 29 for the general public. Box Office hours are 1:00 pm to 7:00 pm daily. Tickets are also available 24 hours daily online (www.frameline.org/festival) and via fax (415-861-1404).
Unless otherwise noted, tickets for matinee screenings, (Monday-Friday, 5:00 pm and earlier), are $10 for the general public and $8 for Frameline members, while evening and weekend shows are $12 for the general public and $10 for members. Castro Passes, good for admission to all screenings at the Castro Theatre, other than Opening Night and Closing Night, are available for $225. Weekday Matinee Passes, good for admission to all weekday matinee screenings starting at 5:00 pm or earlier at the Castro Theatre are available for $40 for the general public and $35 for members. For more information, visit www.frameline.org/festival.