The JURA GIGA 5, the award-winning model that created a luxurious new super-premium niche in automatic coffee centers, is now available in sophisticated Piano Black.  With the power of two grinders, two heating systems and two pumps, this machine provides an unprecedented range of coffee specialties and can even produce two coffee specialties at once. Offering a bean-to-cup experience that’s freshly ground, never capsuled, the GIGA 5 is unsurpassed in performance, design and perfection. It is pre-programmed with an expanded menu of 12 barista coffee specialties, including Irish coffee, Pepresso, Mango Lassi and White Cool.  Step-by-step instructions and color images on the large TFT color display screen make it intuitive and easy to operate.  The user can also select from a variety of coffee classics, such as espresso, cappuccino and latte macchiato, prepared perfectly one or two cups at a time at the touch of one button, without moving the cup.

The GIGA 5 stands out for its powerful combination of two high-performance ceramic disc grinders that adjust electronically for precise, consistent grinding.  Fast and quiet as a whisper, they are virtually wear-free.  Adjustable Venti Ports work harmoniously with the electronic ventilation system to keep the machine at its optimal temperature. The GIGA 5 also features JURA‘s fine foam technology, for finely steamed milk or textured form with a long-lasting feather-like consistency. JURA offers a variety of automatic coffee centers, with actual retail prices ranging from $799 to $5,599. For more information, visit www.jura.com.

This June, visitors to the Asian Art Museum–Chong-Moon Lee Center for Asian Art and Culture in San Francisco will get a snapshot of some of China’s most exciting artists from the country’s booming contemporary art scene. The museum’s special summer exhibition 28 Chinese offers glimpses of contemporary Chinese art through a group of 28 artists, ranging from those in the spotlight like Liu Wei, He Xiangyu, Huang Yong Ping and Xu Zhen to the internationally acclaimed Zhang Huan and Ai Weiwei. These artists have made a significant impact on the art world and expanded definitions of contemporary art in China. On view June 5 through Aug. 16 at the Asian Art Museum, the exhibition features 48 artworks, revealing powerful responses to China today, as well as perspectives and attitudes towards tradition. 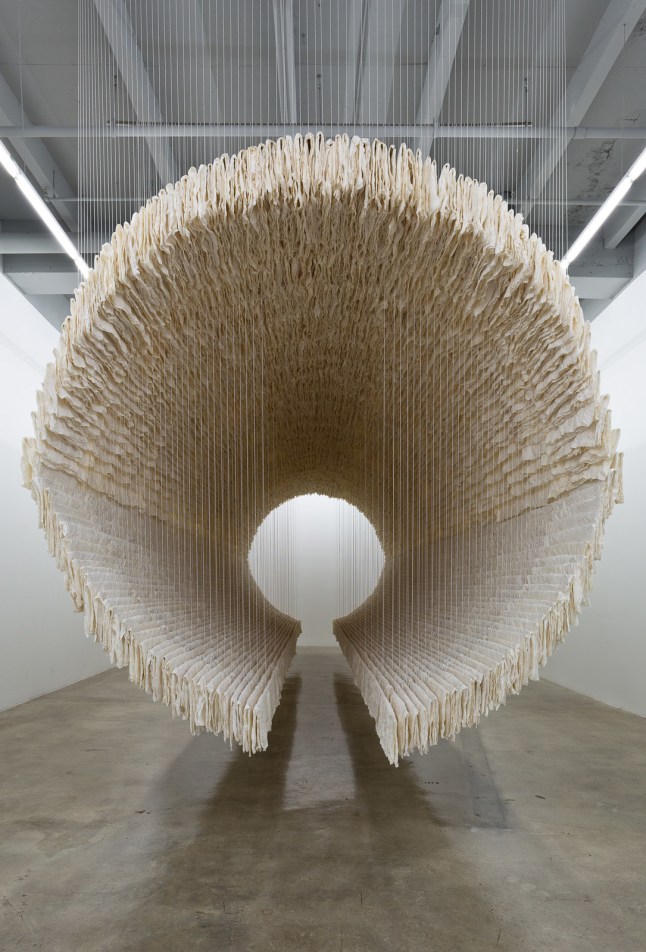 28 Chinese is organized by the Rubell Family Collection, Miami. Presentation at the Asian Art Museum is made possible with the generous support of China Art Foundation, Gorretti and Lawrence Lui, Silicon Valley Bank, The Akiko Yamazaki and Jerry Yang Fund for Excellence in Exhibitions and Presentations, Lucy Sun and Warren Felson, and Nordstrom.

28 Chinese is the culmination of more than a decade’s worth of exploration and research by art collectors Don and Mera Rubell. Between 2001 and 2012, the Rubells conducted six research trips to China, where they visited 100 artists’ studios in Beijing, Chengdu, Guangzhou, Hangzhou, Hong Kong, Shanghai and Xi’an. The Rubells acquired artworks from 28 artists in a multiplicity of mediums, from painting and installation to photography and new media. Organized by guest curator Allison Harding, the Asian Art Museum’s presentation will be the first exhibition on the West Coast for many of these artists.

While artworks in 28 Chinese are only a sample of all that Chinese contemporary art has to offer, they represent a few of the most notable Chinese artists working today, as identified by two preeminent art collectors. A highlight of the exhibition is Zhu Jinshi’s monumental installation, Boat, which is 12 meters long, made from 8,000 sheets of paper commonly used in Chinese calligraphy and painting. Visitors will notice row upon row of carefully stacked paper overlapping bamboo rods suspended from the ceiling with cotton thread. Another highlight is a large scale painting by Li Shurui from her Light series—works that reproduce the look and feel of light in different environments, from arctic landscapes to nightclubs. The exhibition also features Ai Weiwei’s Table with Two Legs (2008), Xu Zhen’s embroidered canvases, He Xiangyu’s installation Cola Project (2009–2010), Qiu Zhijie’s Tattoo-2, (2000) and a screening room featuring a wide range of new video works, including Huang Ran’s Blithe Tragedy (2011) and Fang Lu’s Lovers Are Artists (Part One) (2012).

The Asian Art Museum–Chong-Moon Lee Center for Asian Art and Culture (200 Larkin Street, San Francisco, CA 94102) is one of San Francisco’s premier arts institutions and home to a world-renowned collection of more than 18,000 Asian art treasures spanning 6,000 years of history. Through rich art experiences, centered on historic and contemporary artworks, the Asian Art Museum unlocks the past for visitors, bringing it to life while serving as a catalyst for new art, new creativity and new thinking

The museum is open Tuesdays through Sundays from 10 AM to 5 PM. From Feb. 26 through Oct. 8, 2015, hours are extended on Thursdays until 9 PM. Closed Mondays, as well as New Year’s Day, Thanksgiving Day and Christmas Day. General Admission: FREE for museum members, $15 for adults, $10 for seniors (65+), college students with ID, and youths (13–17). FREE for children under 12 and SFUSD students with ID. General admission on Thursdays after 5 PM is $5 for all visitors (except those under 12, SFUSD students, and museum members, who are always admitted FREE). General admission is FREE to all on Target First Free Sundays (the first Sunday of every month). A surcharge may apply for admission to special exhibitions.

This past weekend, the International Association of Culinary Professionals (IACP) announced the winners of its highly-coveted awards, including the IACP Cookbook Awards, Bert Greene Awards (The Bert Greene Awards were first presented in 1991 to honor excellence in food journalism. The awards were named after Bert Greene (1923-1988), a nationally renowned cooking teacher, cookbook author, and syndicated food

The International Association of Culinary Professionals (IACP) is an organization–where culinary professionals can gain the skills and connections to get good work and do it well– and is committed to excellence in all aspects of communication by the culinary industry, including journalism, publishing, digital media, visual media, marketing communications, and teaching. One of its greatest resource is its multi-faceted membership, which includes writers, bloggers, photographers, stylists, marketers, chefs, restaurateurs, nutritionists, and academics, as well as its culture of support and connectivity.

This year’s winners include cookbook authors Christopher Kostow (Cookbook of the Year, presented by Cuisinart) and Sean Brock (First Book: Julia Child Award, presented by KitchenAid) and popular print publications and websites such as Food & Wine Magazine, Fine Cooking Magazine, EatingWell, Bon Appétit, and Food52. (For a complete listing of all award winners, see below.) 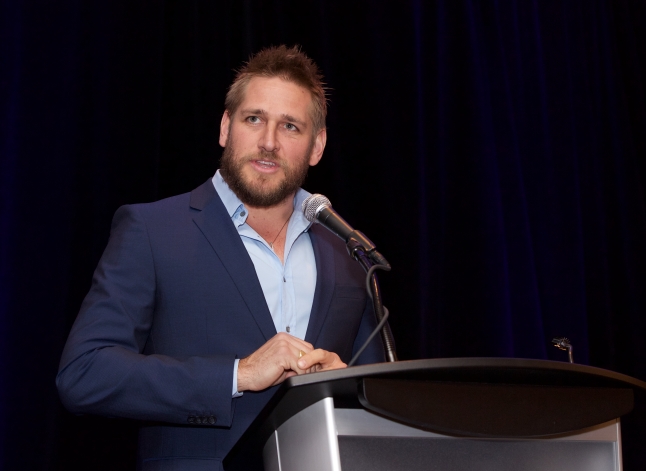 A highlight for this year’s conference has been celebrating Jacques Pépin’s 80th birthday. A culinary pioneer and original founder of IACP, Jacques Pépin was honored by IACP with the event, “80 Cakes for Jacques Pépin,” which featured 80 birthday cakes contributed by some of the world’s leading chefs, tastemakers, and organizations. The cakes were then auctioned off to support IACP’s philanthropic arm, The Culinary Trust. More than $8,000 was raised for the trust, including a generous donation by Chef Andrés. Pastry Chef Jacques Torres prepared and served chef Pépin’s favorite “Jacques Torres Oreo Cake” for attendees, and numerous celebrity chefs and culinary luminaries shared toast after toast. 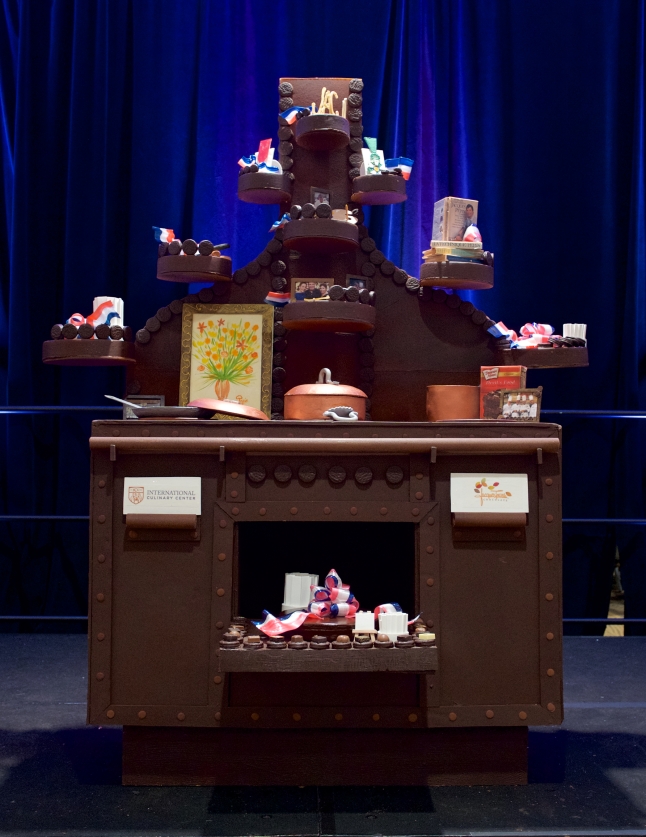 “We’re excited to honor and celebrate our 2015 award winners – they represent the food and culinary community’s best in class,” said Meredith Deeds, Chief Executive Officer of IACP. “This year’s conference has been an overwhelming success with inspiring speakers, top-notch sessions, and a constant flow of festive events and activities including multiple toasts for Jacques Pépin’s 80(th) birthday with an ’80 Cakes’ party. Additionally, acclaimed chef and culinary innovator José Andrés provided a motivating keynote presentation on embracing good causes and making strides to improve food quality.” END_OF_DOCUMENT_TOKEN_TO_BE_REPLACED