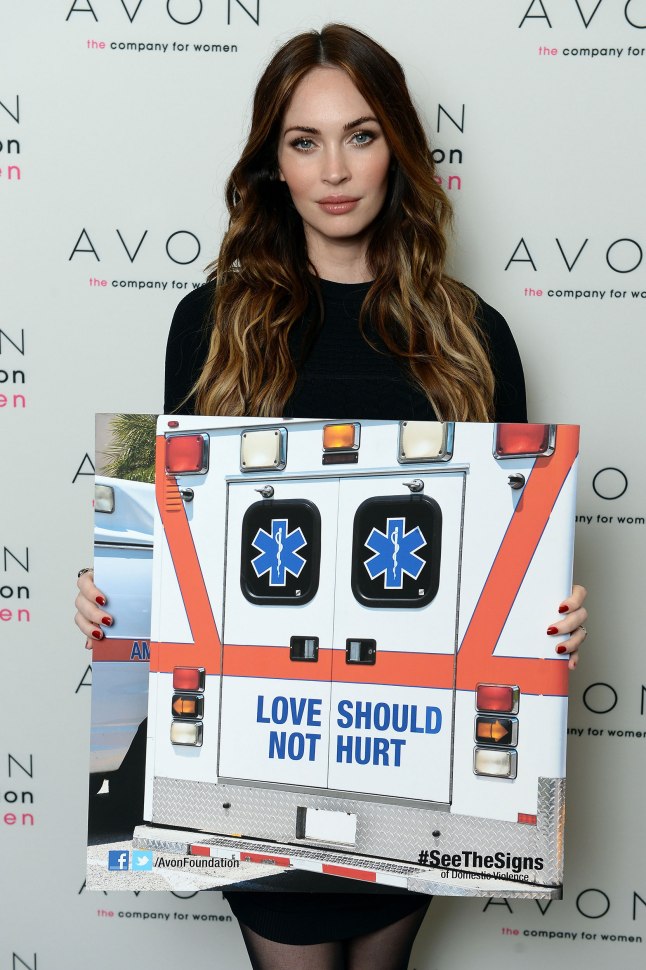 Today, on the International Day for the Elimination of Violence Against Women, actress Megan Fox, the face of Avon Instinct fragrances, supported the Avon Foundation for Women  in its launch of #SeeTheSigns, a global social media campaign that will educate the public on recognizing the signs of domestic violence. Part of the Avon Speak Out Against Domestic Violence program, #SeeTheSigns will run throughout the 16 Days of Activism Against Gender Violence, an international human rights-based movement against gender violence and will educate bystanders and victims on the signs of domestic violence and how to safely intervene or seek help.

#SeeTheSigns will educate women and men about the important role they play in recognizing the signs of abuse among their friends and family and how they can help break the cycle by starting conversations about the issue. Tied together with the hashtag #SeeTheSigns, the campaign features powerful graphics and “signs” of domestic violence intended to help people recognize the often subtle signs of abuse. 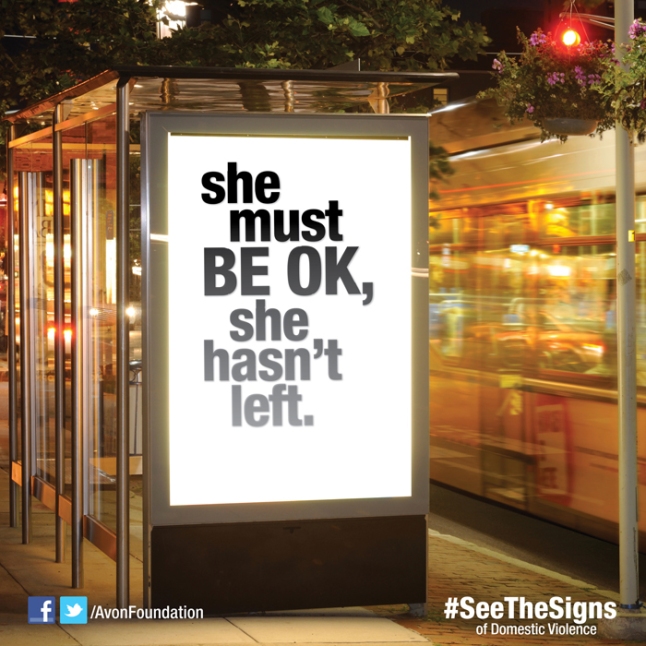 Lucy Hale, mark. Brand Ambassador and spokesperson for m.powerment by mark., and Chris Paul, basketball star and the face of Avon men’s fragrance, Untouchable, also will join Avon during the 16 Days of Activism to help people #SeeTheSigns by sharing the signs on social media.

According to a recent Avon Foundation-funded study “NO MORE Domestic Violence and Sexual Assault: Survey of Attitudes and Experiences of Teens and Young Adults,” although 60% of Americans ages 15-and-older know a victim of domestic violence or sexual assault and 80% believe it is a problem in our society, limited public discussions are taking place about the issues. Seventy-three percent of Americans have not talked about the issues with their children and more than half have never discussed it with their friends; two-thirds say if we talk more about domestic violence and sexual assault, it would be easier for them to help someone and 75% say they would step in to help a stranger.

“The lack of conversation about domestic violence keeps the epidemic hidden,” said Fox, actress. “With #SeetheSigns, the Avon Foundation hopes to create a global movement to encourage and motivate people to share and educate others about the signs of abuse so we can break this epidemic of violence.”

The Avon Foundation anticipates #SeeTheSigns will generate discussions and result in an increase in calls to domestic violence service agencies across the country, such as the National Domestic Violence Hotline, the only national, toll-free hotline for domestic violence victims. The Hotline frequently receives more calls than it can handle with the staff it is able to fund. To support the increase in calls, the Avon Foundation is launching a #GivingTuesday campaign on Dec. 3 that will match donations made directly to the Hotline from Dec. 1 – Dec. 31 up to $200,000. The Hotline estimates the Avon Foundation grant will enable them to staff an additional 12,477 hours of advocate time to answer calls and online chats, translating into an estimated 23,695 people served.

The Avon Foundation for Women, the world’s largest corporate-affiliated philanthropy focused on issues that matter most to women, was founded in 1955 to improve the lives of women. Through 2013, Avon global philanthropy, led by the Avon Foundation, has donated more than $957 million in more than 50 countries for causes most important to women. Today, Avon philanthropy focuses on funding breast cancer research and access to care through the Avon Breast Cancer Crusade, and efforts to reduce domestic and gender violence through its Speak Out Against Domestic Violence program. By 2013, the Foundation will have donated more than $38 million in the United States through Speak Out to support domestic violence programs, services and education. Globally, Avon supports efforts to end violence against women in nearly 50 countries by raising funds through special product sales and raising awareness through events and with educational information disseminated by more than 6 million global Avon Representatives. Visit www.avonfoundation.org for more information.