STAR-STUDDED SPECIAL WILL BE BROADCAST OCT. 26 ON THE HUB NETWORK

The Hub Network, a destination for kids and their families, awarded “The Jackie” for the best Halloween costume of the year to Bill Freitag from Arizona, who won “Best in Bash” National Champion for his costume as “Invisible Cowboy” in the “Blast from the Past” category at the first-ever 50 State Halloween costume competition celebrated during the star-studded taping of the “Hub Network’s First Annual Halloween Bash,” this past Sunday at Barker Hangar in Santa Monica, Calif. The inaugural event, hosted by “Saturday Night Live” star Kenan Thompson, will be broadcast Saturday, October 26, 8–10 p.m. ET/5–7 p.m. PT on the Hub Network. 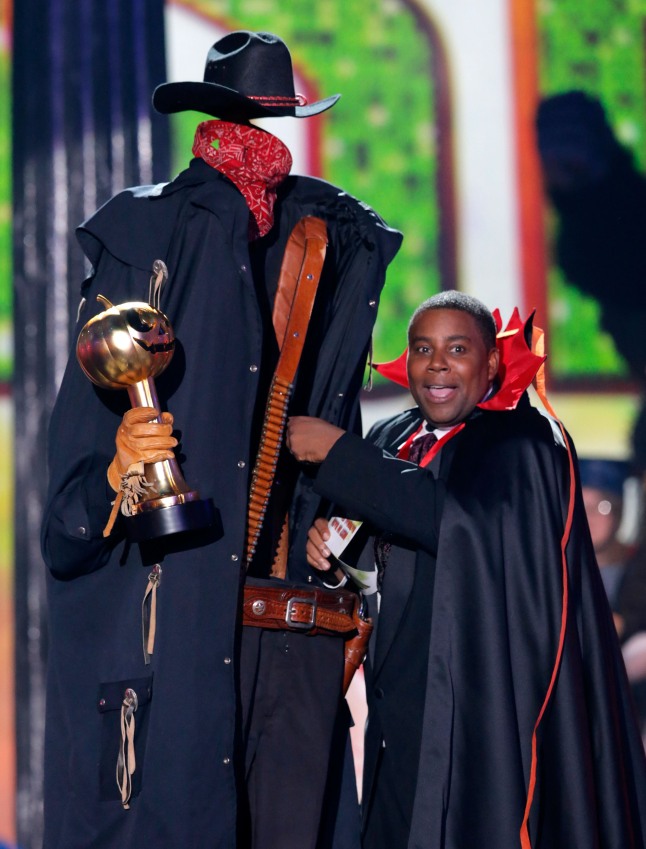 The costume competition was judged by Halloween-expert Martha Stewart, actor Hal Sparks (“Spider Man 2”), and actress, singer and dancer Coco Jones (“Holla at the DJ”). Freitag wins the $25,000 grand prize and has a chance at a walk-on role on the Hub Network’s Daytime Emmy® Award-winning Series, “R.L. Stine’s The Haunting Hour: The Series.” Before being announced as “Best in Bash” National Champion, Freitag was named the semi-finalist in the “Blast from the Past” category for his costume, “Invisible Cowboy.” The semi-finalists in the five other categories were as follows:

Bob Bain serves as executive producer of the “Hub Network’s First Annual Halloween Bash” and Paul Flattery is producer for Bob Bain Productions. Viewers can visit www.hubworld.com/halloween to view all of the Halloween costume submissions and learn more about the special.