The best Vegas Halloween parties of 2013 will be in full swing all week long. EarlyVegas.com has the inside scoop on the best nightclubs for Halloween in Las Vegas.

“What Happens in Vegas, Stays in Vegas”

This article was originally written by Lauren Yap, Editor of www.EarlyVegas.com, with additional content by Phillip D. Johnson, www.fashionpluslifestyle.wordpress.com

The Las Vegas Halloween 2013 party scene is undoubtedly one of the best bashes of the year. While the little ones trick-or-treat, Las Vegas hotels will host a week long, adult-only celebration with celebrity DJs, outrageous costumes and prepare

to get wild on the Strip for Vegas Halloween 2013.

The Hard Rock Hotel and Casino (http://www.hardrockhotel.com/) is hosting not just one, but two of the best Vegas Halloween parties of the year. The most infamous bash of all is the 18th Annual Fetish and Fantasy Halloween Ball 2013. The Fetish and Fantasy Ball will be held on Saturday, Oct. 26 at the Hard Rock Hotel and Casino from 10pm-4am. The multi-level venue will feature costumed acrobats, a human zoo, fire performers and pounding music by DJ Darude. Halloween costumes are required for entry, no party poopers allowed. 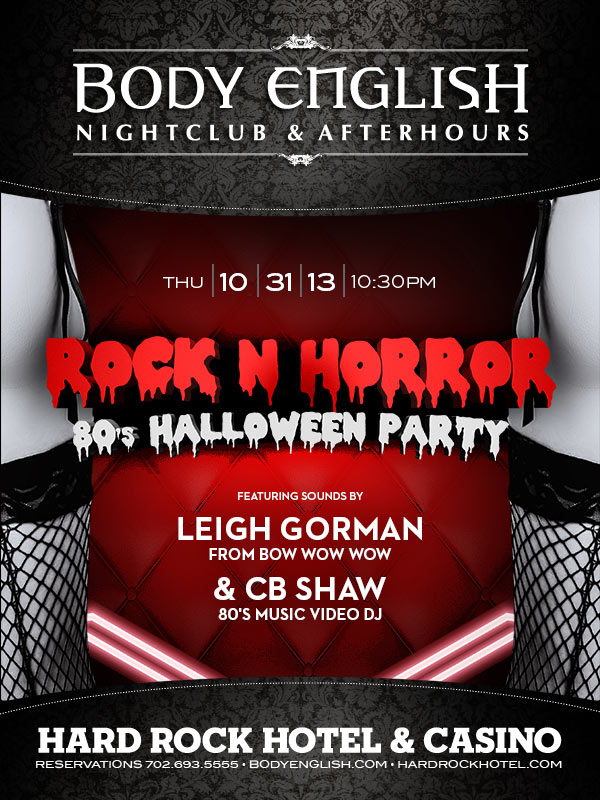 Of course, there will be a lot of talent in Las Vegas on Halloween weekend, but no one knows how to party as hard as Hakkasan Nightclub at the MGM Grand Hotel Las Vegas. Hakkasan will host “Forbidden City,” a three-night Las Vegas Halloween party with three contests and a whopping $60,000 up for grabs. The all-star lineup include the biggest DJs in Electronic Dance Music that help start the 2013 Halloween celebrations early. DJ Tiesto starts the bash on October 25, Hardwell performs on October 26 and Dada Life spins on October 27. Then the real party starts with Calvin Harris on Halloween Night, October 31, Tiesto on November 1, Tommy Trash on November 2 and TJR with Bambi on November 3. There’s really no reason to leave Hakkasan Las Vegas this Halloween weekend. A collaboration between celebrated international dining group Hakkasan Ltd. and leading entertainment and nightlife company Angel Management Group, the nightclub features creative partnerships with premier musical talent across various genres who have tailored their performances to suit the unique capabilities of the venue and complement their own versatile styles. Hakkasan Nightclub offers a diverse nightlife experience with a variety of areas and atmospheres, cutting-edge technology and inspired design immersed in three levels of refined decadence.

Just when the Halloween weekend is ending for the rest on the nation, Las Vegas is going strong. On Sunday, Nov. 3, The Bank Nightclub at The Bellagio Las Vegas will host its annual Halloween costume contest. With $20,000 cash at stake, plenty of ladies will be competing to earn the title “Las Vegas’ Sexiest Sinner,” Resident DJ Five is sure to keep the crowd hyped all night. The Bank is more than living up to Las Vegas’ “Sin City” reputation.

Those looking to get crazy this Halloween should check out the Haunted Hoe-Down at PBR Rock Bar at the Miracle Mile Shops at Planet Hollywood Las Vegas. On Halloween Night, Thursday, Oct. 31, the bar will host a costume bull riding contest at 9pm. Winners will score hundreds toward their bar tab. This is the city that never sleeps, so PBR will keep the party going with a midnight costume contest. In the spirit of the season, Jack O lantern shots (not for the faint of heart)

will be just $5. The 6,800-square-foot center Strip venue will surely be packed on Halloween. Each night patrons vying for the opportunity to compete will be grouped by costume category for the chance to win open bar tab prizes at the hottest party bar on the Strip. The top three winners for each competition will be appointed open bar tabs for $200, $100 and $50, respectively. 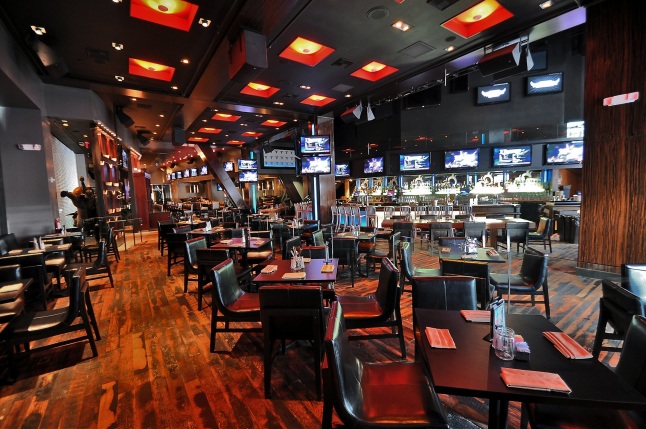