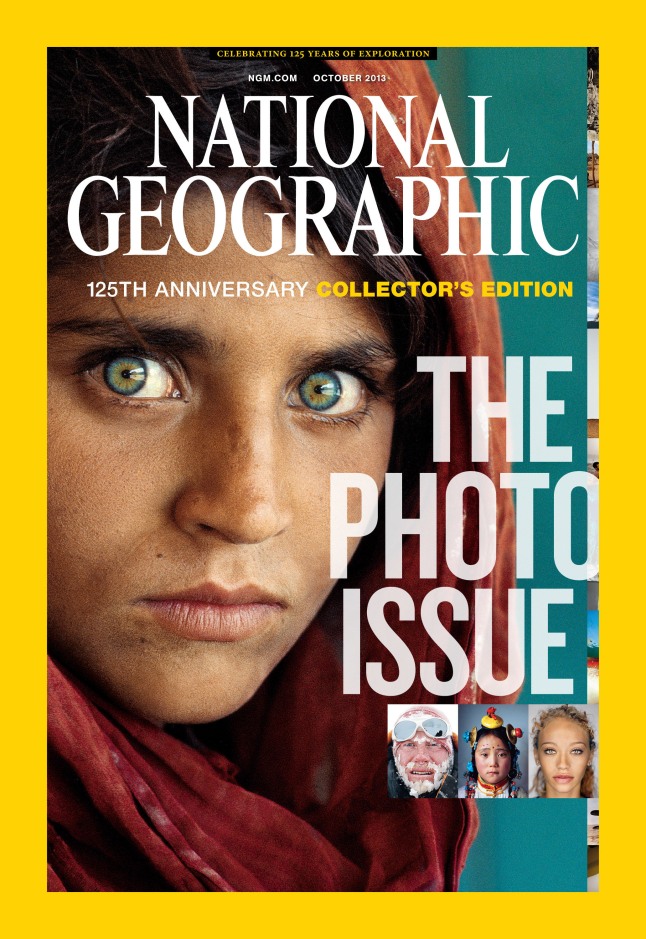 The magazine has a celebrated history as an innovative place for photography — from creating the first photographic survey of the night sky in the Northern Hemisphere to making the first color photographs undersea, and it continues to push technological and creative boundaries. Over time, the magazine has redefined itself as a committed outlet for world-class photojournalism, documenting the wonders of the planet and tackling serious issues around environmental and human rights. Today, National Geographic is expanding the scope of its visual storytelling, experimenting with digital experiences to find new ways of documenting the world and of allowing readers to interact with content. In 2012 alone, it won multiple awards, among them three Overseas Press Club Awards and four National Magazine Awards, including General Excellence and Best Tablet Publication.

In print, the magazine marks its 125th anniversary with a special October issue devoted to photography. To complement the release of the

On Tuesday, Oct. 1, as the magazine’s anniversary month begins, National Geographic will invite all photo enthusiasts to submit photos and participate in an inaugural digital assignment for the magazine, as part of a newly designed, photosharing-based community engagement platform, Your Shot (http://yourshot.nationalgeographic.com/). The Your Shot assignment will be loosely organized around the theme of the October 2013 anniversary issue. Called “The Photography Issue,” the issue focuses on the medium the magazine has helped to shape, looking at how photography has the power to impact our lives by bearing witness, helping to prove fact, giving us insight into each other, revealing unknown places, celebrating wonder and inspiring us to protect our natural world. Featured photographers include Marcus Bleasdale, James Balog, Martin Schoeller, David Guttenfelder, Abelardo Morell and Joel Sartore. END_OF_DOCUMENT_TOKEN_TO_BE_REPLACED 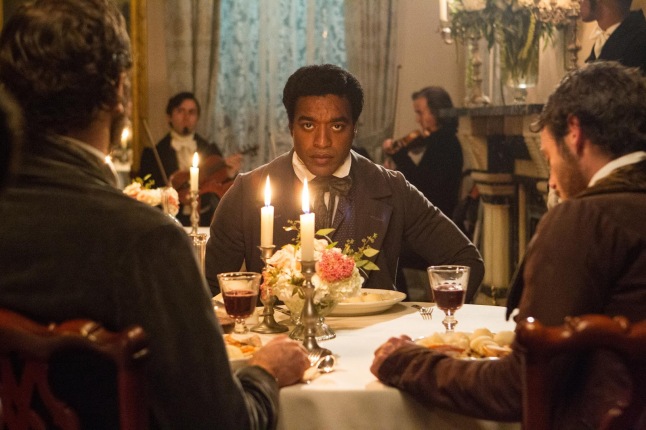 The Film Society of Lincoln Center and Film Comment Magazine announced that they will host the U.S. premiere of Steve McQueen’s new film, 12 Years A Slave, on Tuesday, October 8th at the New York Film Festival. McQueen will be on hand to present the film along with cast members, Chiwetel Ejiofor, Michael Fassbender, Lupita Nyong’o, Adepero Oduye, Paul Dano and Alfre Woodard. The film recently won the prestigious Audience Award at the 2013 Toronto International Film Festival, cementing its already cemented status as one of the year’s premier Oscar contenders. Films that have won the festival’s People’s Choice honor over the last 15 years include Best Picture winners “American Beauty” (1999), “Slumdog Millionaire” (2008) and “The King’s Speech” (2011), and Best Picture nominees “Crouching Tiger, Hidden Dragon” (2000), “Precious” (2009) and last year’s “Silver Linings Playbook.”. (Tickets are available now to the general public for the festival.)

“I am honored that 12 Years a Slave will be presented at the New York Film Festival in association with Film Comment” said director, Steve McQueen. “For me, this feels like a true home-coming for Solomon as he was from New York and I’m delighted that his story can be celebrated

Steve McQueen’s courageous new film takes an unflinching close-up look at a subject that has rarely, if ever, been confronted with such unvarnished directness in American cinema. The film is based on the memoir of freeman Solomon Northup (Chiwetel Ejiofor), who was abducted in Washington, D.C. in 1841 and delivered to slave trader James Burch (Paul Giamatti), bought by gentleman farmer William Ford (Benedict Cumberbatch) and finally sold to cruel and mentally unbalanced cotton grower Edwin Epps (Michael Fassbender), a figure of both horror and pathos who comes to embody the true savagery—and insanity—of slavery. Screenwriter John Ridley, McQueen’s regular cameraman Sean Bobbitt and producer Brad Pitt (who plays Canadian carpenter Samuel Bass in the film’s final section) each make vital contributions to this difficult and troubling film, sure to reignite a dialogue on the most painful chapter in America’s still young life as a nation. Fox Searchlight Pictures will release 12 Years A Slave on October 18.

After launching the company’s 30th year anniversary with a February return to New York Fashion Week, Kenneth Cole (http://www.kennethcole.com) continued the 2013 celebration with the September 12 launch of www.30YearsBold.com.  Designed to salute the company’s 30 year heritage of being bold and making bold moves, the digital hub will link visitors to: the new Kenneth Cole Advertising Archive, a first look at This is a Kenneth Cole Production, a coffee table book celebrating Kenneth Cole’s 30 year career in fashion and social engagement, a 30th Anniversary Digital Sweepstakes, as well as a calendar of 30th Anniversary Retail Events and Mystery Offers. 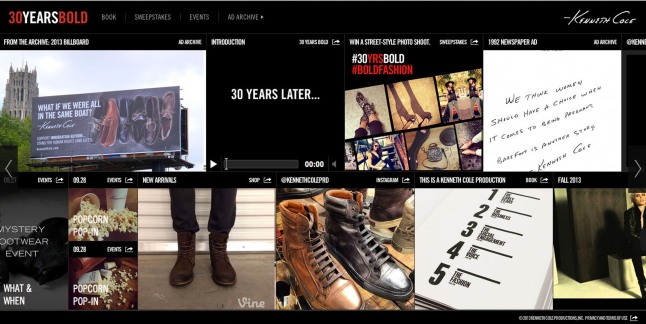 Kenneth Cole Productions, Inc. designs, sources and markets a broad range of footwear, handbags, apparel and accessories under the brand names Kenneth Cole, Kenneth Cole Reaction, and Unlisted, as well as footwear under the proprietary trademark Gentle Souls. The Company has also granted a wide variety of third party licenses for the production of men’s and women’s apparel, as well as fragrances, watches, jewelry, eyewear and several other accessory categories. The Company’s products are distributed through department stores, better specialty stores, company-owned retail stores and its e-commerce website. Further information can be found at http://www.kennethcole.com.

Since the beginning, the Kenneth Cole brand has always used advertising to distinguish itself from the competition.  Taking risks and provoking thought, the company has used its platform to discuss relevant social issues, while building meaningful connections with its consumers by promoting not just what they look like on the outside, but who they are on the inside. 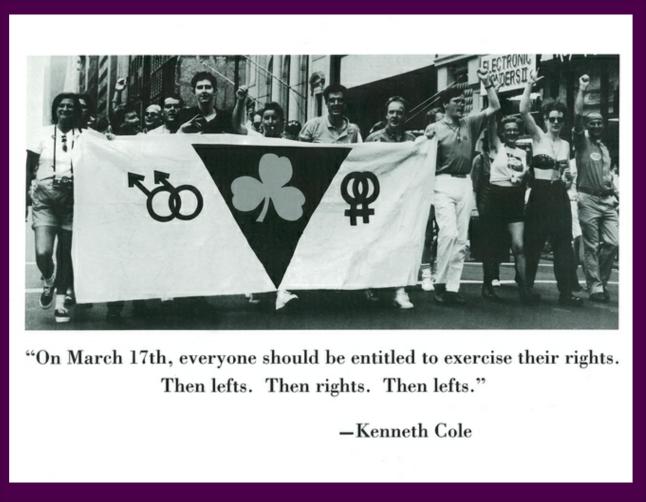 Launching on September 12, a comprehensive, interactive digital archive will chronicle the brand’s 30 year advertising journey.  By accessing the archive, visitors will be able to dynamically search any Kenneth Cole advertisement using specific filters.  After accessing the ads, consumers will have the option of digging deeper to explore more about the campaigns, and share the content they are most passionate about through a variety of social platforms including Twitter, Pinterest, Facebook, and Tumblr. END_OF_DOCUMENT_TOKEN_TO_BE_REPLACED