Thomas P. Campbell, Director and CEO of The Metropolitan Museum of Art, announced today that the inaugural exhibition of the newly renovated Costume Institute in spring 2014 will examine the career of legendary 20th-century Anglo-American couturier Charles James (1906–1978).  Charles James: Beyond Fashion, on view from May 8 through August 10, 2014 (preceded on May 5 by The Costume Institute Benefit), will be presented in two locations–The Costume Institute’s new galleries as well as special exhibitions galleries on the Museum’s first floor. The exhibition will explore James’s design process and his use of sculptural, scientific, and mathematical approaches to construct revolutionary ball gowns and innovative tailoring that continue to influence designers today.

“Charles James considered himself an artist, and approached fashion with a sculptor’s eye and a scientist’s logic,” said Mr. Campbell.  “As such, the Museum, and in particular, the new Lizzie and Jonathan Tisch Gallery in The Costume Institute, offer the ideal setting in which to contextualize the complexity of James’s work.

May 2014 will mark the grand reopening of The Costume Institute space after an overall two-year renovation, reconfiguration, and updating. The 4,200-square-foot Lizzie and Jonathan Tisch Gallery will represent a fundamental change in the Museum’s approach to its costume collection, including a flexible design that lends itself to frequent transformation, a zonal sound system, innovative projection technology, wireless connectivity, and exhibitions on view 10 months a year. 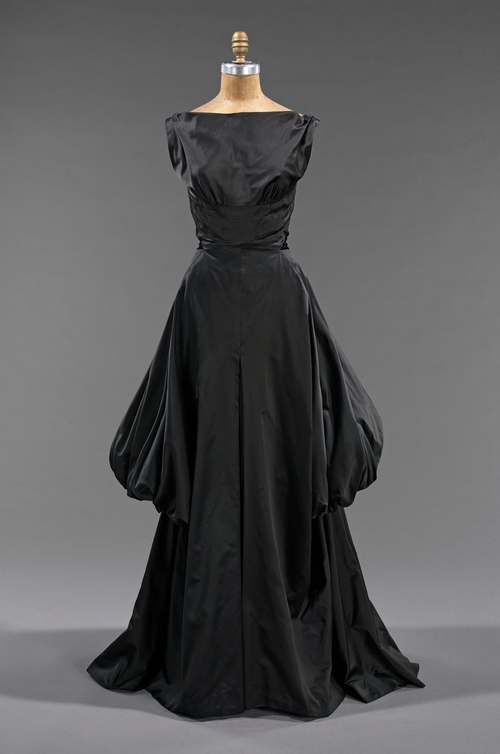 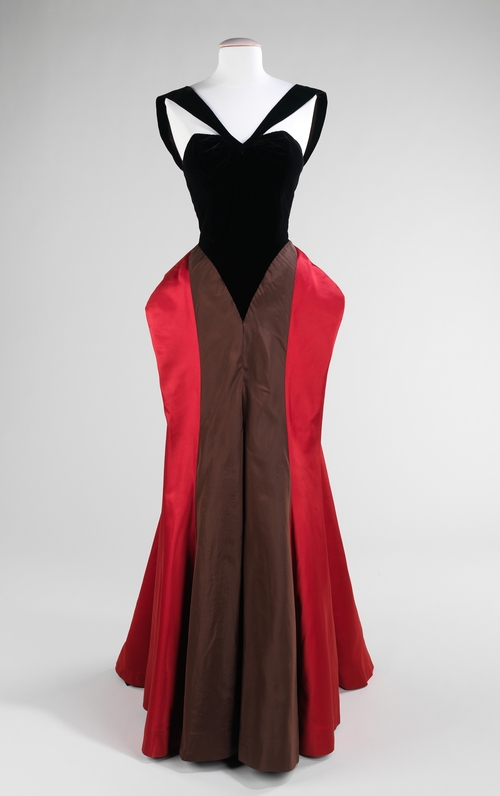 The New Costume Institute will also include the Carl and Iris Barrel Apfel Gallery, which will orient visitors to The Costume Institute’s exhibitions and holdings; a state-of-the-art costume conservation center; an expanded study/storage facility that will house the combined holdings of the Met and the Brooklyn Museum Costume Collection; and The Irene Lewisohn Costume Reference Library, one of the world’s foremost fashion libraries. The project is funded by a gift from Lizzie and Jonathan Tisch, as well as proceeds raised at the annual Costume Institute Benefit under the leadership of Anna Wintour, and from commitments by Janet and Howard Kagan and the Samuel I. Newhouse Foundation, Inc.  The Costume Institute was last refurbished in 1992.

In celebration of The New Costume Institute and the exhibition, the Museum’s Costume Institute Benefit will take place on Monday, May 5, 2014.  The evening’s Chair will be Aerin Lauder.  Co-Chairs will be Bradley Cooper, Oscar de la Renta, Sarah Jessica Parker, Lizzie and Jonathan Tisch, and Anna Wintour.  The décor for the 2014 Benefit will be produced by Raul Avila for the eighth consecutive year. This event is The Costume Institute’s main source of annual funding for exhibitions, acquisitions, and capital improvements. 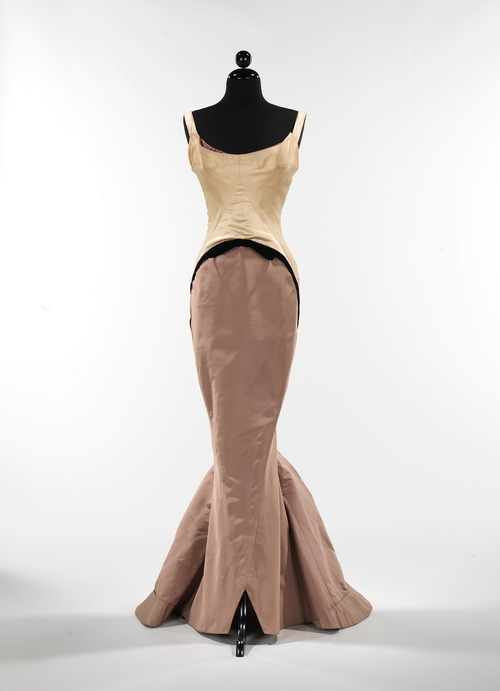 “Charles James was a wildly idiosyncratic, emotionally fraught fashion genius who was also committed to teaching,” said Harold Koda, Curator in Charge of The Costume Institute.  “He dreamt that his lifetime of personal creative evolution and the continuous metamorphosis of his designs would be preserved as a study resource for students.  In our renovated galleries, we will fulfill his goal, and illuminate his design process as a synthesis of dressmaking, art, math, and science.”

The retrospective exhibition, Charles James: Beyond Fashion, will feature approximately 100 of the most notable designs produced by James over the course of his career, from 1929 until his death in 1978.  The first-floor special exhibition galleries will spotlight the glamour and resplendent architecture of James’s ball gowns from the 1930s through 1950s with an elegant tableau celebrating such renowned clients of his as Austine Hearst, Millicent Rogers, and Dominique de Menil.

The New Costume Institute’s Lizzie and Jonathan Tisch Gallery will provide the technology and flexibility to dramatize James’ biography via archival pieces including sketches, pattern pieces, swatches, ephemera, and partially completed works from his last studio in New York City’s Chelsea Hotel.  The evolution and metamorphosis by James of specific designs over decades will also be shown.  Video animations in both exhibition locations will illustrate how he created anatomically considered dresses that sculpted and reconfigured the female form.

“James was an artist who chose fabric and its relationship to the human body as his medium of expression,” said Jan Glier Reeder, Consulting Curator in The Costume Institute, who is organizing the exhibition with Harold Koda. “In fact, a devoted James client once said, ‘…his work went beyond fashion and was a fine art.’”  Beyond Fashion was also the title James chose for the autobiography he never wrote.

James was so keen to ensure his legacy by preserving the “corpus” of his work in one institution that he persuaded important clients to donate his designs to the Brooklyn Museum.  The transfer of the Brooklyn Museum Costume Collection to the Metropolitan Museum in 2009 augmented the Met’s Charles James holdings, and with recent acquisitions of early designs and archives, the Museum now has the most definitive body of James’s work in the world, and the most comprehensive collection of a fashion designer’s work of any museum. 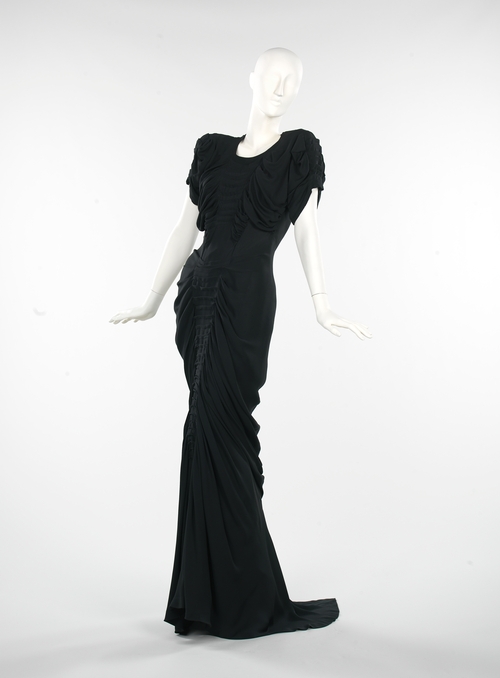 After designing in his native London, and then Paris, James arrived in New York City in 1940.  Though he had no formal training, he is now regarded as one of the greatest designers in America to have worked in the tradition of the haute couture.  His fascination with complex cut and seaming led to the creation of key design elements that he updated throughout his career: wrap-over trousers, figure-eight skirts, body-hugging sheaths, ribbon capes and dresses, spiral-cut garments, and poufs.  These, along with his iconic ball gowns from the late 1940s and early 1950s–the “Four-Leaf Clover,” “Butterfly,” “Tree,” “Swan,” and “Diamond”–will be showcased in the exhibition.

As a disciple of James’ work wrote in 2010, “James’ lifetime career was devoted not to producing quantities of either designs or products but rather to refining and evolving concepts. His lines are seductive and intellectually intriguing. James saw the female form as an armature on which to fashion sculpture, not just cover with clothes. He did not just sketch or drape a model. He approached the craft of dressmaking with the science of an engineer, often studying the weight distribution of a garment. Like an artist he analyzed the interacting elements of proportion, line, color, and texture. Construction details were not merely important, they were an obsession. He spent a vast sum on perfecting a sleeve. He turned a four-leaf clover hat into the hemline of a ballgown which he then built up into the garment he designated as his thesis in dressmaking. A cruciform became a circular skirt; an evening dress (with matching cape of antique ribbons) which made its debut in 1937 was still offered 20 years later, the finesse of the ribbon replaced by other yardgoods of silk, but the detailing to infinity remaining. James was such a perfectionist that clients never banked on wearing either a new or old James to a function. Even his well-known quilted jacket designed in 1937, and now in the London’s Victoria and Albert Museum, bears witness to his challenge to perfect. One can follow his tortured, ghost-like tracts of stitching and restitching.

A catalogue by Harold Koda and Jan Reeder will accompany the exhibition.  It will be published by The Metropolitan Museum of Art and distributed by Yale University Press, and will be available in early May. The exhibition is made possible by AERIN. Additional support is provided by Condé Nast. The Museum’s website will feature the exhibition and the new galleries.