At the FALL/WINTER 2013 shows earlier this month in New York City, several designers and brands celebrated significant milestones/anniversaries. NAUTICA came back to the runway with a 30th anniversary show. LACOSTE and its Creative Director OLIVEIRA BAPTISTA commemorated the 80th Anniversary of the brand with a collection that, while it was far from Rene Lacoste’ original “L.12.12” white “petit pique” cotton shirt, it was still a classic (yet modern) take on the heritage of the brand. And DENNIS BASSO, the Fur King of Manhattan, observed 30 fabulous years of masterful handling of animal skins with an audience packed with well-wishers and his favorite clients. 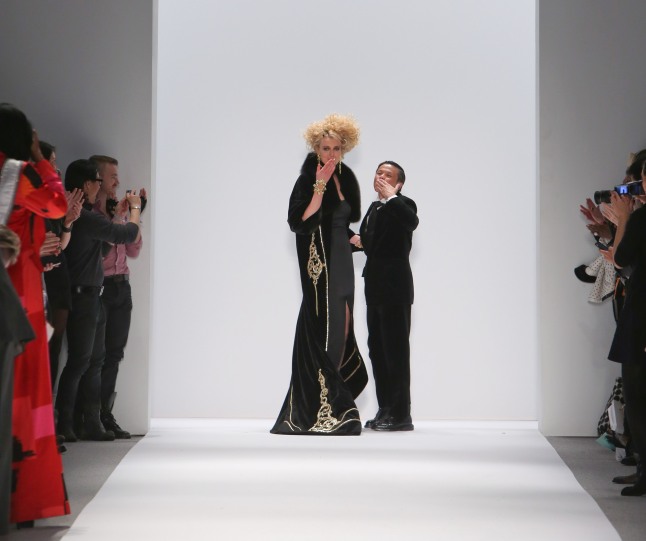