The DEL FRISCO’S RESTAURANT GROUP is thrilled to announce that the company has opened DEL FRISCO’S DOUBLE EAGLE STEAK HOUSE (58 East Oak Street, Chicago, Illinois 60611)- one of the largest steakhouses in Chicago, in the former site of the famed ESQUIRE THEATER on Oak Street in CHICAGO’S GOLD COAST NEIGHBORHOOD. Offering prime steak, fresh-off-the-boat seafood and genuine hospitality, Del Frisco’s is an exceptionally charming steak house, unparalleled in any city.

The ESQUIRE THEATER provides an elegant and dramatic setting for Del Frisco’s.  Great care has been taken to restore and preserve the architectural integrity of the beloved theater, including the familiar “Esquire” marquee that will hang proudly in the main floor lobby.  Adjacent to the signage, a beautiful five hundred magnum wine wall serves as prelude to a two-story glass wine tower.  Chicago’s own ARIA GROUP ARCHITECTS enhanced the multi-level steakhouse with a custom chandelier that cascades from the third floor to the second, through a stunning atrium sky light.  Unique art installations, curved-back banquettes and tufted booths create comfort and a feeling of Chicago hospitality. At approximately 24,000 square feet, DEL FRISCO’S DOUBLE EAGLE STEAK HOUSE ranks among the city’s largest steakhouses. 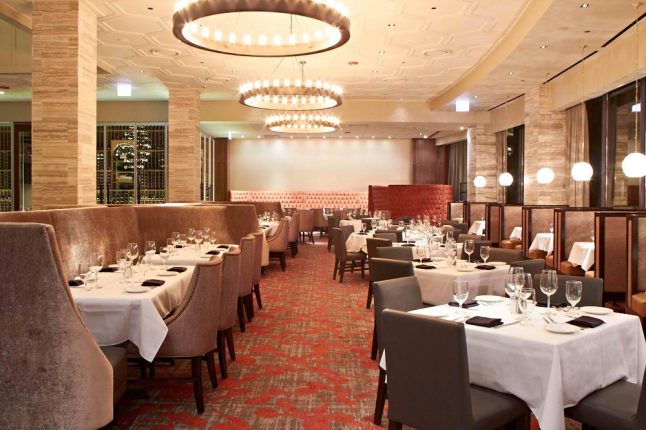 Based in Southlake, Texas, near Dallas, DEL FRISCO’S RESTAURANT GROUP is a collection of more than 30 restaurants located across the country, including DEL FRISCO’S GRILLE, DEL FRISCO’S DOUBLE EAGLE STEAK HOUSE, and SULLIVAN’S STEAKHOUSE.  DEL FRISCO’S DOUBLE EAGLE STEAK HOUSE serves up impeccable cuisine that’s bold and delicious, an extensive award-winning wine list and a level of service that reminds guests that they’re the boss. SULLIVAN’S STEAKHOUSE is a great place for a big night out on the town – with outstanding food, hand-shaken martinis, an award winning wine list, and live entertainment all under one roof.  DEL FRISCO’S GRILLE is a modern bar and grille, serving creative twists on American culinary classics. All of the restaurants create a seamless dining experience for savvy business and leisure travelers who regularly dine or entertain away from home.
“We are very excited to welcome Chicago steak lovers to Del Frisco’s Double Eagle Steak House.  The Esquire Theater is a beloved landmark and we look forward to bringing it back to life and welcoming guests with the same warm, genuine hospitality we’re known for around the country,” said MARK S. MEDNANSKY, CEO OF DEL FRISCO’S RESTAURANT GROUP.  “We’re known for our fabulous steaks, award-winning wine list and sinful desserts – but guests also come back for the see-and-be-seen buzz at Del Frisco’s.”

EXECUTIVE CHEF JIM TEUTEMACHER and CHEF DE CUISINE ANTHONY REYES lead a culinary team known for its prime steak, fresh seafood, house-made side dishes and decadent desserts. Steaks at Del Frisco’s are provided exclusively by STOCK YARDS in Chicago and features USDA prime, the top 2 – 3 percent of all meat in the US market.  Most Del Frisco’s steaks are wet-aged 28 days to make the steak more tender and flavorful, seasoned simply with salt and pepper and broiled so that the juices flow from the top of the steak, allowing it to self-baste.  The seared crust on the meat seals in the juices, creating an outstanding steak.  Del Frisco’s often offers dry-aged steak too, which are also broiled to perfection.

DEL FRISCO’S DOUBLE EAGLE STEAK HOUSE is also ideal for private dining. The team at Del Frisco’s can serve and entertain private parties ranging from 10 – 200 guests with ease in a variety of intimate settings that are perfect for business presentations, rehearsal dinners, anniversary parties, birthdays, graduations and other special events.  Del Frisco’s has a dedicated private dining coordinator at the restaurant to guide guests through planning and executing dinners and special events.

Regulars at Del Frisco’s usually start with the JUMBO LUMP CRAB CAKE, a renowned favorite packed with jumbo lump crab–always baked, never fried – and finished with a CAJUN LOBSTER SAUCE. The in-the-know crowd at Del Frisco’s favors the 22-OUNCE BONE-IN PRIME RIB EYE and the 32-OUNCE WAGYU “LONGBONE” RIBEYE – also known as “THE TOMAHAWK.”  Side dishes most in demand include the rich Mac ‘n’ Cheese and the Maque Choux Corn, which is shucked fresh every night and cooked al dente with Tasso Ham. For dessert, the scene-stealer at Del Frisco’s is the signature LEMON DOBERGE – a memorable, towering six-layer confection made from scratch daily and frosted with three different icings. The bar menu will be a take on local Chicago favorites such as a MINIATURE DEEP DISH PIZZA, CHICAGO-STYLE KOBE BEEF HOT DOGS, PRIME ITALIAN BEEF SLIDERS and TRUFFLED POTATO PIEROGIES.

The impressive wine list at Del Frisco’s is a perennial winner of the WINE SPECTATOR “BEST OF AWARD OF EXCELLENCE.”  DEL FRISCO’S DIRECTOR OF WINE, DAVID O’DAY, has carefully selected 1,500 wines from the top regions in the world, creating a stand-out choice for power players with discerning taste who want the best wines to complement their prime steaks.  O’Day has built relationships with vintners around the world, allowing him to present a staggering array of sought-after wines.  Showing a strong commitment to its wine program and staff education, DEL FRISCO’S RESTAURANT GROUP reimburses any employee who attains their Level 1 or Level 2 Sommelier Certification, and hundreds have done so.  For everyone who works in the restaurants, training is ongoing, including weekly wine classes, with servers and staff constantly learning from the best in the business. 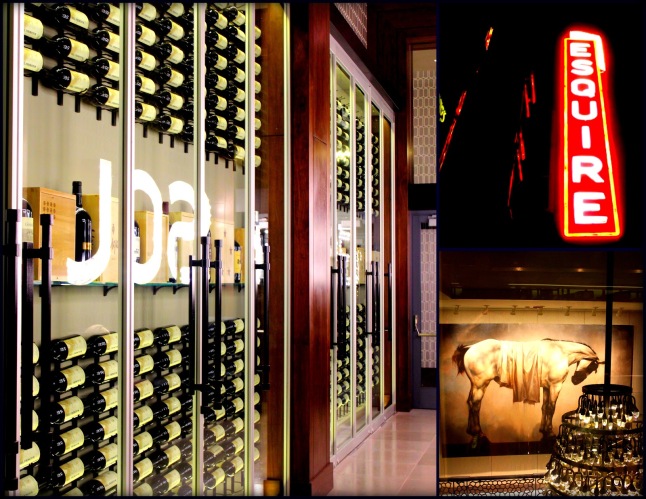 For those who prefer to kick off the evening with an elegant cocktail, Del Frisco’s signature libation is THE VIP.  SWEET HAWAIIAN GOLD PINEAPPLES are steeped in premium vodka for 14 days and then hand-squeezed into a shaker with ice and poured into a chilled martini glass.

Although based in Texas, Del Frisco’s makes every effort to put down roots in every location, becoming an active and enthusiastic part of the community and a sincere supporter of local charities.  In Chicago, Del Frisco’s is proud to partner with the BIG SHOULDERS FUND, which provides support to the Catholic schools in the neediest areas of inner-city Chicago. As a partner at the grand opening party through on-going fundraisers and dinners, Del Frisco’s looks forward to an ongoing relationship with BIG SHOULDERS.

DEL FRISCO’S DOUBLE EAGLE STEAK HOUSE has been recognized nationally and has received the DiRoNA AWARD FOR DISTINGUISHED RESTAURANTS OF NORTH AMERICA; NATION’S RESTAURANT NEWS FINE DINING HALL OF FAME; RESTAURANTS AND INSTITUTIONS’ IVY AWARD; and the WINE SPECTATOR BEST OF AWARD OF EXCELLENCE for its extensive wine list.

This site uses Akismet to reduce spam. Learn how your comment data is processed.